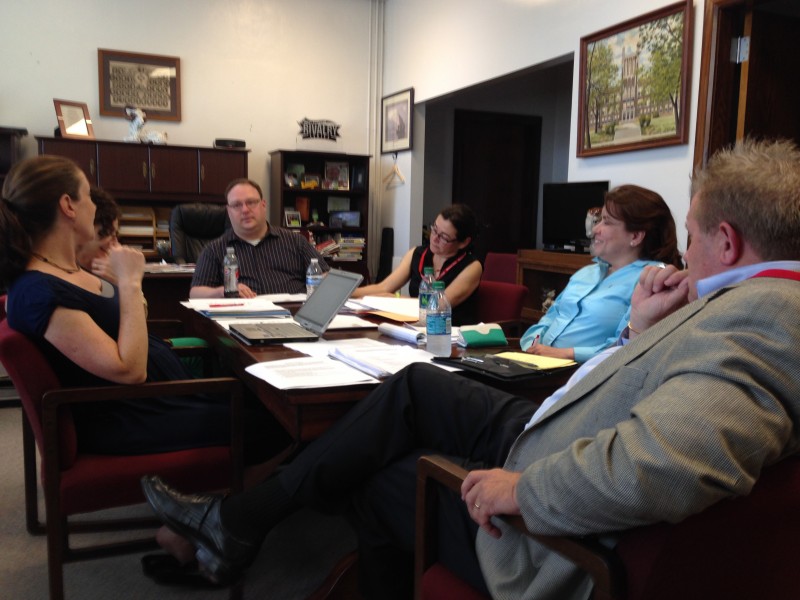 According to SBDM Secretary Ms. Laura Spiegelhalter, either the SBDM or the administration can pass dress code policies, though it is considered best practice to do the latter.

Manual’s current dress code was not approved by the SBDM.

Spiegelhalter said that administrators have been seeking to reform the dress code even before she presented the idea to submit it for the Council’s approval.

“Mr. Mayes and Mr. Kuhn have been the ones asking how we can make [the policy] fair for the students and how we can write it so it works best for everybody,”  she said. “It just so happens that we are running it through SBDM.”

Mr. Gregory Kuhn (Administration) said that he hopes the new committee will allow students who have taken issue with the current dress code policy to discuss practical alternatives.

“I like to see things that work better,” he said. “And if we can make a dress code that works better, I want to see us do it.”

Megan Raisle (11, HSU) believes that the dress code reform committee will be a positive way for administrators and students to compromise on a controversial topic.

“It seems like with this committee, administrators and parents are truly trying to receive input from the most important stakeholders in this issue–the students themselves,” Raisle said. “Hopefully, this group will be able to solidify a dress code that is equitable to all students and will finally settle the issue.”

The movement to reform the dress code is part of a wider initiative to modify and streamline all SBDM guidelines.

“We’re at the point with SBDM where we’re cleaning all [the policies] up,” Spiegelhalter said. “We have about 54 policies, and one of my jobs this year as SBDM Secretary has been to go through all of them and make sure that they’re up to date and make sense. We started in October, and we review five of them each month.”

The SBDM is currently seeking students to join both the dress code committee, which will meet for the first time this Thursday in the teacher’s lounge at 3 p.m., and another newly formed council about protection of instructional time. Interested candidates should give their contact information to Spiegelhalter.