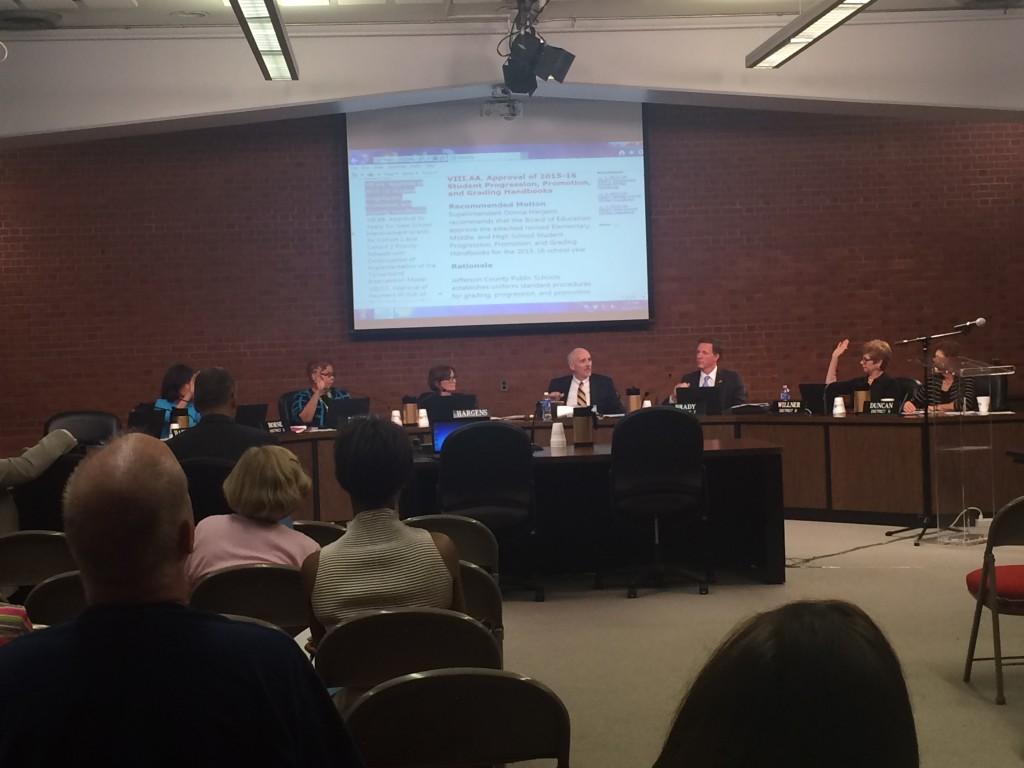 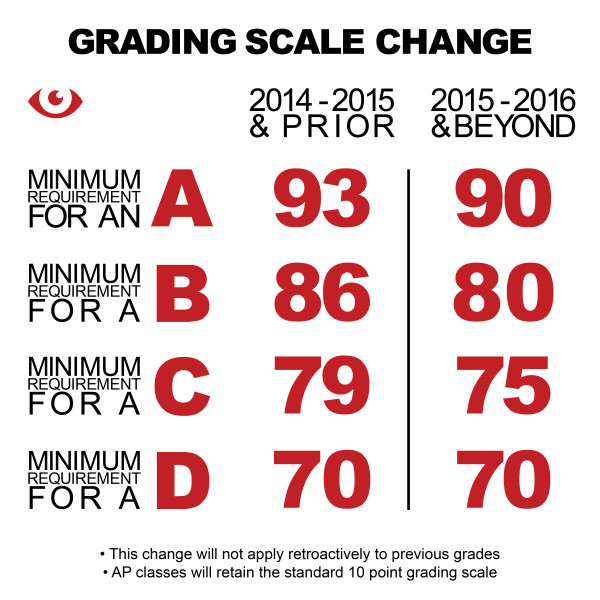 The JCPS board voted five to one to amend the current grading scale on Monday night, with board member Chuck Haddaway absent and board member Linda Duncan opposing the motion.

Under the new standards formulated by the JCPS Student Progression, Promotion and Grading committee (SPP&G), students will earn an A for 90 to 100 percent in a given class, a B for 80 to 89 percent, a C for 75 to 79 percent, a D for 70 to 74 percent and a U for anything below 70 percent.

The new grading scale will be implemented at the beginning of the 2015-2016 school year, and grades from previous years will not be changed retroactively. Advanced Placement classes will retain their current ten point grading scale.

According to Karen Branham, Assistant Superintendent for Curriculum and Instruction, modifying the grading scale will continue to uphold rigor while allowing more students to qualify for scholarships with their higher GPAs.

Branham said that the new grading policy could have meant an increase $5.5 million in Kentucky Educational Excellence Scholarship (KEES) scholarships for the JCPS Class of 2015.

Mark Raj (9, MST) agrees that adding an extra “cushion” around top marks will support already high-performing students who are close to the grade cut off.

“Especially considering how challenging Manual is, I think it’s a positive change to expand the range for good grades,” he said. “It helps give our students the credit they deserve and levels the playing field against other high schoolers who already use this type of scale.”

On the other hand, Anthony Kyser (12, MST) believes that making As and Bs more accessible may undermine classroom rigor.

“An A is not as significant anymore, so in my opinion, [teachers] might have to make classes harder to have their kids meet the standards,” he said. “I feel like this scale is making Manual too easy. Here, you have to strive for perfection, and this scale is skewing that. People who got Cs and Ds last year will get Bs and their GPAs will all be higher whether they deserve it or not.”

A JCPS survey earlier this year revealed that 85% of elementary school staff and parents supported the change to the grading system. The approval rate was 84% at the middle school level and 91% at the high school level.

Four of the five counties closest to JCPS–Bullitt, Oldham, Shelby, and Spencer–currently use a grading scale similar to the one approved at the Monday meeting.

Board member Linda Duncan voted against the proposal because she worries that more students will fail, since the range among the lower grades of C, D and U will be much more concentrated.

“One of the things that I’ve noticed is that we continue to preach equity, but promote advantage,” she said.

Duncan requested that the board track the number of failing grades that students earn under the new grading scale over the next two years to assess the system’s effects on lower-performing students.

During the deliberations, board member Chris Brady proposed to amend the grading proposal to a true 10 point scale in which students earning a 70 to 79 percent in a class would earn a C and those earning 60 to 69 percent would earn a D. The amendment failed, with only Brady and Duncan voting in favor.

Superintendent Donna Hargens said that since the SPP&G had not yet studied the impact of a 10 point scale, she did not have enough information to formulate a definitive opinion.