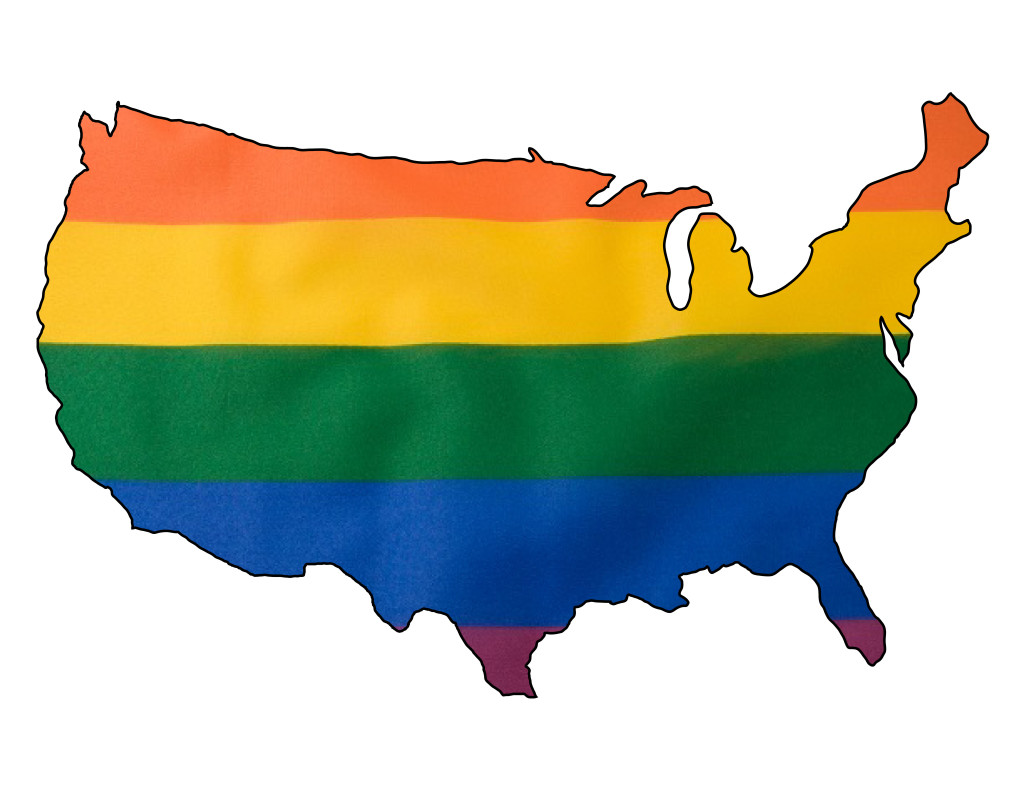 In a five to four vote, the Supreme Court ruled today that the Constitution guarantees the right to same-sex marriage.

According to Gregory Bourke, one of the plaintiffs in the consolidated lawsuit, the Supreme Court decision has taught him the importance of persistence in tackling the seemingly unfeasible.

“Besides learning so much about our legal system and how effectively it works, it has taught us not to back away from a challenge just because it seems unpopular or impossible,” he said. “When we started our lawsuit, we had no support except from our two local attorneys who thought we could successfully challenge Kentucky’s discriminatory marriage state constitutional amendment. We didn’t listen to the naysayers and we pressed ahead and finally achieved a successful outcome.”

“Being named a plaintiff in this case means a lot, not just for me, but for friends and family now and in the future,” Bourke’s daughter and Sacred Heart Academy junior  Bella DeLeon added, “Personally, it [means] that I’m openly supported to marry who I want to, whether it be a man or a woman.”

The same district court ruled on July 1 that Kentucky’s refusal to grant marriage licenses to gay couples was unconstitutional; however, both decisions were stayed pending approval by the United States Court of Appeals for the Sixth Circuit.

The Sixth Circuit Court reversed both decisions on November 6. The plaintiffs then appealed to the Supreme Court, where their case was consolidated with those from Ohio, Michigan and Tennessee as the Obergefell lawsuit.

Cat Runner, a member of St. Francis High School’s Queer-Straight Alliance and former Manual student, said that though he was thrilled about the Supreme Court decision, he recognizes that the fight for social progress is not yet over.

“I’m overjoyed by the victory itself but at the same time I’m teetering on the edge about how people are celebrating it,” he said. “While this historic moment is an LGBTQ+ victory, it’s only a small step toward equal rights for the entire community.”

Runner said that protection for transgender individuals is the next critical piece in ensuring full LGBTQ equality.

“I would like to see some laws for the transgender community being passed,” he said. “We’ve gotten to this point where people will accept that fact that people are born gay, but who are still appalled that some people’s gender does not match up with their sex. Young LGBTQ people need to be protected, and we need to introduce job protection and discrimination into the conversation.”

On the other hand, Manual graduate Ryan Shah said that he does not support same-sex marriage for religious reasons, though he recognizes the legal right that gay couples have.

Kentucky’s Fairness Campaign held a rally at the corner of Jefferson and Sixth to  celebrate today’s ruling. Though the event was cut short by severe thunderstorms, between 150 to 200 people participated.

“Well each time a court has issued a ruling on marriage–typically the high courts–we have held either a rally or a protest of their decisions at Jefferson Square, where we were tonight,” Fairness Campaign Director Chris Hartman said. “Tonight might have been a protest, but, fortunately, it was a celebration.”

Hartman agreed with Runner’s opinion that this ruling does not mean the end of discrimination against the gay community.

“Unfortunately, there is a lot of work that we need to do,” Hartman said. “People can get married today in Kentucky, but they can get fired tomorrow, just for being LGBT. I worry that [people] don’t realize that there are no discrimination protections in most of the Commonwealth of Kentucky.”

Special thanks to incoming Redeye sophomore Olivia Evans and junior Kaylee Arnett for their assistance with this coverage.