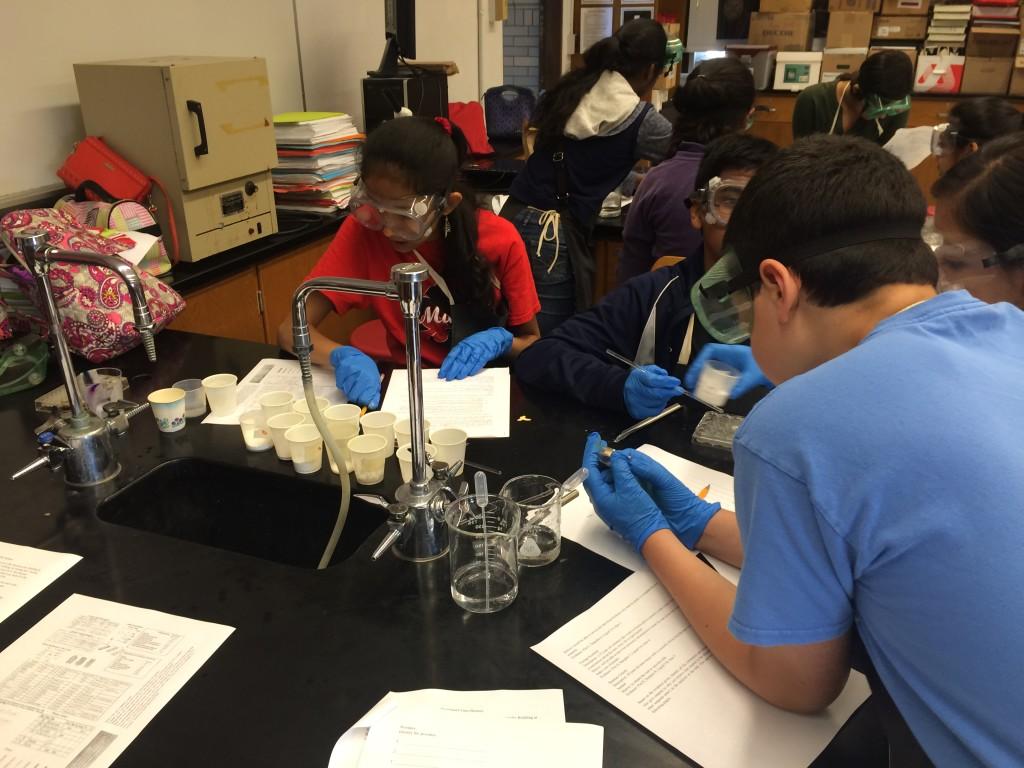 Eight parents of MST students recently formed the Catalysts, an organization that will support and fundraise for the magnet and related extracurricular activities.

According to Catalysts President Ann Schwartz, the committee’s primary purpose is to promote communication among parents and students about MST events, news and needs. She compared the group’s goals to those of the Publishers and the Producers, the parent organizations for the J&C and YPAS magnets, respectively.

“For MST, we already have the Science Fair Board, but that just deals with science fair,” Schwartz said. “We felt that it would be nice to help the students and teachers communicate with families. If a freshman family enters the magnet, it can be very hard to figure out what’s going on in the school.”

The Catalysts will also raise money for any academic needs within the magnet, though according to Schwartz, the group is not planning to sponsor an MST-specific student scholarship at this time.

Avani Kabra (12, MST) said that though she appreciated the idea behind the MST committee, she was uncertain as to how much more it could add to a school environment already saturated with both administrative and student support.

“I think that the intent of the committee is good, but fundraising is more effective when the parents and students are actively involved in raising money,” Kabra said. “People like to see the students’ passion and determination toward the clubs and activities they’re a part of. But if the committee plans on coming up with new and interesting fundraising ideas, then I think it could benefit the magnet. For the communications aspect of it, I think the school does a good job of letting people know about upcoming events, so I’m not entirely sure how the committee would add to this.”

Mihir Kale (9, MST) argued that the Catalysts play a particularly important role in helping students and their parents adjust to the first year of high school.

“As a rising freshman, I appreciate the fact that there’s a group of people who will help me get connected with information related to my magnet, because it can be overwhelming compared to middle school,” Kale said. “There’s also going to be a lot more focus on MST-related topics, with more money for things like research projects and computer labs.”

Schwartz said that the board is currently in the process of applying for 501(c)(3) status to be federally recognized as a non-profit, as well as establishing their website.