What to watch for: Manual football versus Fern Creek 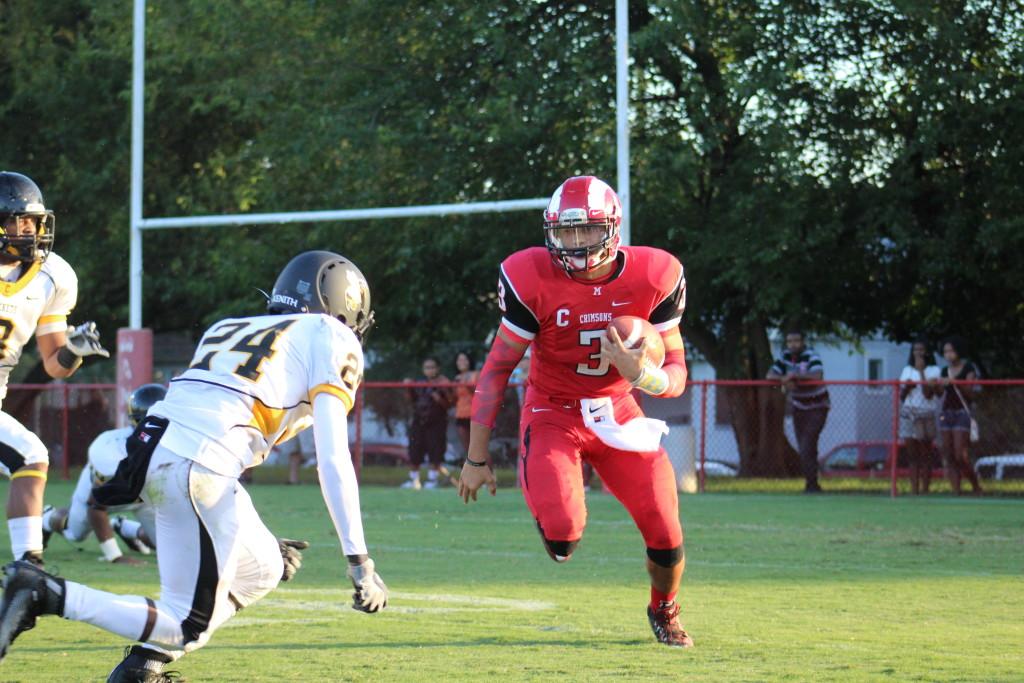 Quarterback Tim Comstock (12, #3) runs for a gain of four at the beginning of the first quarter. Photo by Kate Hatter

1. Getting off to a fast start

Turnovers killed the Crimsons in the first quarter against Central, which put Manual in a 10-0 hole. Even though the Crimsons went on to score 28 unanswered points, Manual will need have a better start against the Tigers.

“It’s the same thing as it was last year, we just come out sluggish,” receiver Eric Niemann (12, #84) told RedEye after the Central game. “We come out in warm-ups sluggish, and it continues right into the game. Our warm-ups were terrible today. That’s something we need to work on; it’s just our preparation in the beginning, and we’ll fix that.”

A solid start will put the pressure on Fern Creek to make big plays which puts Manual in good position to win the game.

Last Friday, Fern Creek crushed Seneca 42-0 Delquan Wimberly (12, #7) ran for 110 yards and three touchdowns to lead the Tigers. Constantly throughout the game, Seneca gave up the big plays and let Wimberley and company go to the end zone untouched. To slow down the Tiger rushing attack, the Crimson defense must work as a unit, which they did so well against Central. If the defense can do that, it is up to Manual’s streaky offense to produce points.

The duo of Reece West (12, #1), and Troy Henderson (10, #29) combined to have a great game against Central. Henderson finished as the leading rusher with 9 carries for 91 yards and a touchdown while West finished with 19 carries for 83 yards and a score. If the running backs can continue to contribute,it will take pressure off quarterback Tim Comstock (12, #3). It will also make the Fern Creek defense have to guess what the Crimsons will run if the rushing attack and passing attack are equally as successful.

After making what some say call the best catch of the year last week, all eyes will be on Jaelen Carter (11, #11) to perform. Several news outlets including KYSports.TV, Courier-Journal and USA Today High School Sports got hold of the video and photo and wrote something about it. Now everyone in the state knows who Carter is and it is now his job to prove he is not just a one play superstar.