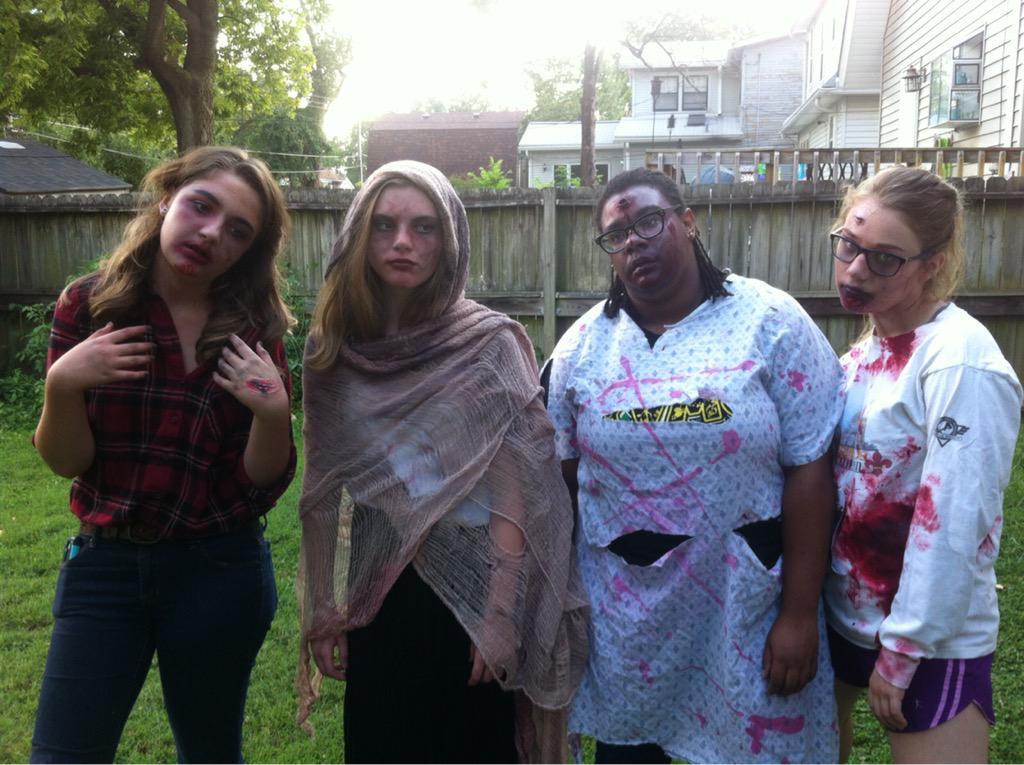 Louisville held its 11th annual Zombie Attack on Aug. 29 near Bardstown Road. The walk, which began as a pre-birthday celebration, has quickly snowballed into one of Louisville’s most popular events over the years. This year, it was packed with people in both normal and zombie attire, including many Manual students.

Some students, such as Emily Vicars (12, YPAS) are Zombie Attack veterans. Vicars has been attending the walk for four years.

“I went with three of my friends, and I zombie-walked from start to finish,” Vicars said. “My friends and I popped out and scared spectators for fun. We sat outside Comfy Cow until two o’clock in the morning. I did all of my friends’ make-up too.”

E. Streeter (9, J&C) is also an experienced zombie walker. This year, however, they opted for a new costume.

“I’ve done it for the past five years. It’s always so fun. Most people dressed up are very committed, and it’s always fun to meet new zombies,” Streeter said. “This year I went as Dipper Pines from the TV show Gravity Falls, though in past years I’ve almost always been a zombie.”

However, not everyone appreciates the Zombie Attack. Shea Dobson (12, J&C), who lives near the event, is disappointed by the lack of respect some walkers have for those who live in the area.

“Whenever I wake up and go out to my front yard, there are beer bottles, broken glass, cigarette butts all over it,” Dobson said. “The people are gone, but their trash isn’t. The people that live here have to clean up after it. It’s the same way with St. Patrick’s day and Derby season. It all culminates in this neighborhood.”

Dobson is not the only one who feels that the Attack attendees need to be more conscientious. Mayor Fischer recently warned organizers that the Zombie Attack clean-up needs to be more efficient and thorough.

This might be due to the size of the event, which topped 30,000 this year. However, some participants, like Streeter, thought the large attendance rate of the event was a good thing.

“The thing I liked most this year was probably the sheer amount of people,” Streeter said. “I’m pretty sure it was our biggest year yet, and the more zombies the better.”