What to watch for: Manual football versus Seneca 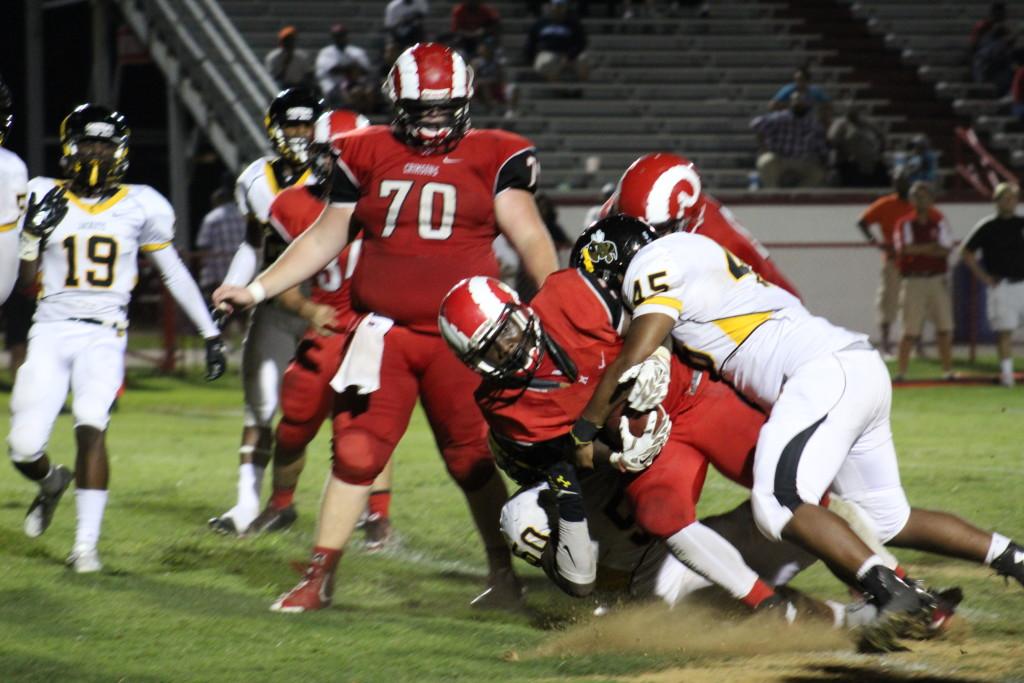 Troy Henderson catches a four yard throw for a touchdown at the tail end of the first quarter. Photo by Kate Hatter

1. Watch out for the trap game

Seneca has been shutout in their two games and have given up 77 points. With that being said, the Crimsons can not overlook them. Even though Seneca is not as strong as Manual, they are still going to come out and put everything on the line to try to win. If the Crimsons can focus and treat this game like every other, they should be in good shape for a victory.

Over the past few weeks, the running back trio of Reece West (12, #1), Troy Henderson (10, #28) and Andre Teague (11, #8) have really stepped up in a huge way to help lead the Crimson offense to two victories. If the rushing attack can continue to produce like this, it will open the field up and give quarterback Tim Comstock (12, #3) more opportunities to air it out long and find some gaps in the defensive coverage.

Head Coach Oliver Lucas called last weeks 28-18 win over Fern Creek “physically taxing” and it will be interesting to see how the players respond this week. Lucas this week had them practice with no pads because of the physicality last Friday. No one really knows how physical Seneca will be, but everyone is eager to see what the Crimsons have left in the tank right before their bye week.

The defense has carried their load the past two games in a big way. The Crimsons has been strong been in the second half which has led the Crimsons to victory. The Seneca offensive line has given up big numbers to defenses not as strong and as big as the Crimsons.
If the Crimsons can use their size to bully Seneca, it will be a long night for them.

Prediction: Manual wins 45-0. The passing attack will shine bright for Manual and the defense will stay rock solid.

Kickoff is set for 7:30 p.m. on Friday night at Seneca High School.