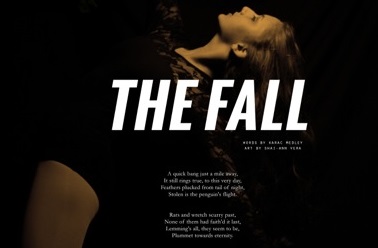 Woggon’s piece about discrimination against Muslim students was designated a finalist for the NSPA’s Story of the Year award in the Diversity category.

Woggon originally wrote the story as a sophomore for a feature article assignment in her Journalism II class.

“At the end of last year, we were thinking of stories for our final issue of the newspaper, and someone suggested that we could put my feature story in there,” she said. “I just had to edit it to make the information relevant. I added information about the attack on the UNC Chapel Hill students to make a more recent connection.”

Jean-Marie and Roussell were also nominated for the Story of the Year award in the Feature Story category for their article about student homelessness.

“Josh and I worked so hard on that story; we put so much effort into it,” he said. “It meant so much to us because we really just wanted those kids and the people at Hotel Louisville to be noticed and acknowledged for what they’re going through.”

Braden VanMeter was honored as a finalist for the Design of the Year award for his One Blue Wall spread featuring a poem by Karac Medley (10, J&C).

“I was excited to find out,” VanMeter said. “I totally forgot that I entered in the contest, and it gave me a boost of energy because college is kind of stressful right now. I was happy to hear from Ms. Ritchie too.”

As finalists, Woggon, Roussell, Jean-Marie and VanMeter will be eligible to win the ultimate awards in their categories. NSPA will announce the winners at their fall convention in Orlando.

Special thanks to Manual AM reporter Elizabeth Baltas for the footage of Chris Roussell.