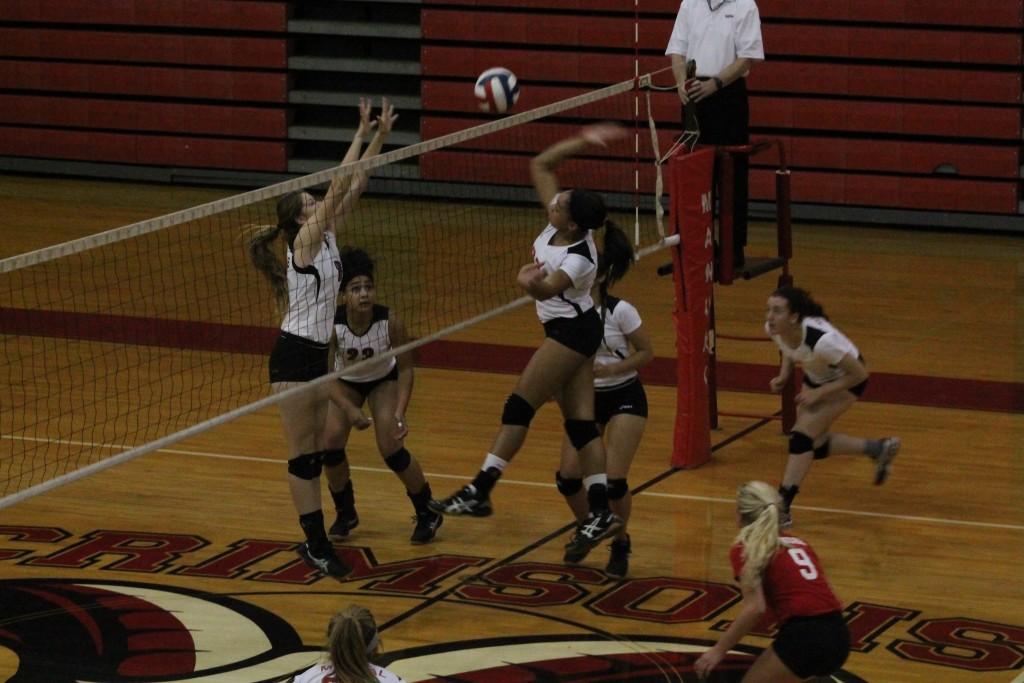 The Manual volleyball team beat Atherton within two sets last evening, though the Rebels refused to go down without a fight and fought the Crimsons every step of the way.

Manual’s rotation primarily focused on wearing down the Rebels; starting rotation by constantly blocking and aiming their hits to open spots on the floor. The Crimsons won the first set 25-13.

“Volleyball is a very aggressive sport, so we have to be completely focused 100 percent of the time we play,” China Brown (12, #16 ) said. “The score is very tipsy-turvy–you can be down by six and then come back to win by five. Literally every single hit matters, no matter how small or large.”

Manual switched around their defensive specialist and setter during time-outs and between matches. This allowed the team to stay fresh and continue to move the ball fluently with their setups.

“The first game started off slowly, but we definitely came back and challenged them in the second set,” Katie Evans, Atherton’s defensive specialist (12, #5), said.

In the second set, the Rebels managed to out-hustle the Crimsons to many open balls and win the tip at the net, though it just wasn’t enough to force a third set.

“They have a really strong front row, but overall we are just as scrappy as they are, and we can hang in there with them,” Evans said. “We started off really slowly in the beginning, but we were playing like ourselves by the second set.