Keys to the game: Manual football versus Western 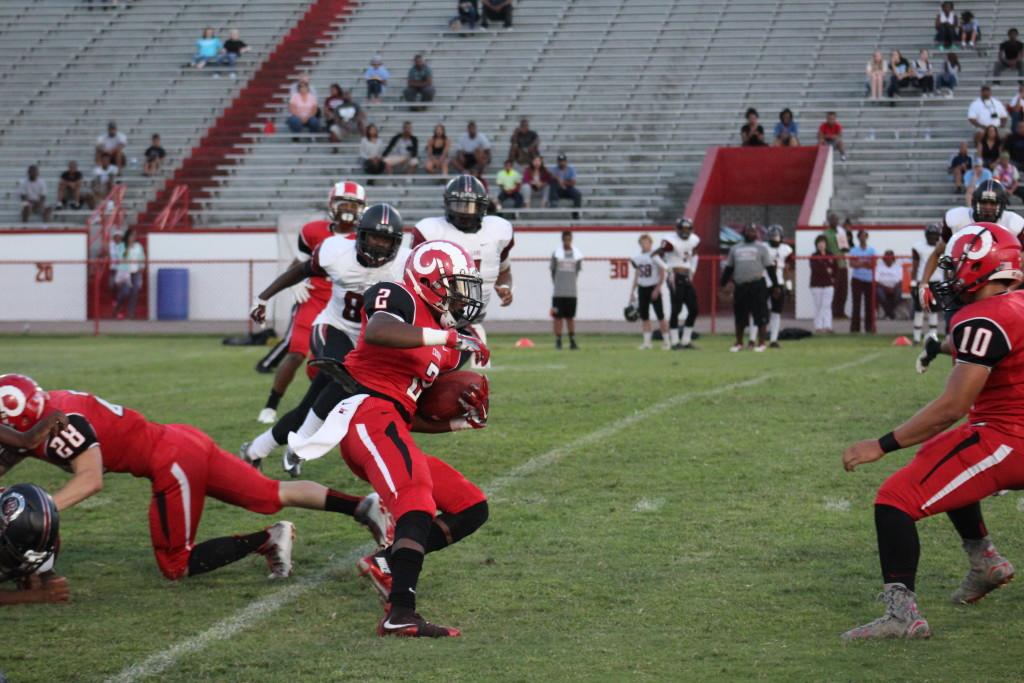 Crimsons take over at the 30 yard line after Omari Alexander's (12, #2) return in the first half. Photo by Kate Hatter

1. Keeping the foot on the pedal

In the first quarter of the win over Ballard, Manual controlled the Bruins attack, while the Crimsons offense struck first to take a 7-0 lead. That advantage, however, did not last long, as both sides of the ball looked sluggish until finding their rhythm late and making several key plays to seal the win.  If the Crimsons can gain an early lead and stay consistent throughout, it will put a lot of pressure on the opponent to make big plays which do not come easy against a stifling Manual defense.

Coming off a breakout junior season, expectations were high for quarterback Tim Comstock (12, #3). Through the first four games, Comstock has yet to find the consistency he exhibited throughout last season. He will look to improve on his 45 percent completion rate and most importantly to avoid the turnovers that plagued him against Ballard last week. If Comstock can get the offense clicking and hit on its big play capabilities, it will give a big boost to the Crimsons.

As they say in the Wizard of Oz, “There is no place like home.” The annual homecoming game and moderate temperatures should result in a sizeable crowd and a rabid collection of Crimson Crazies to motivate Head Coach Oliver Lucas’s squad. Look for Manual to clean up the turnovers from last week’s game and attack Western early. This is a perfect evening for the Crimsons to capitalize on their home field advantage and to build momentum heading into the meat of the schedule.

Prediction: Comstock and the offense will put on a show for the homecoming crowd and the Crimson defense will stay solid as Manual will win easily 31-7.

The Crimsons and Warriors will kick off Friday night at 7:30 p.m. at Manual Stadium. Stay tuned to RedEye and follow @theCSPNSports and @luke_carns on Twitter for coverage of the game.