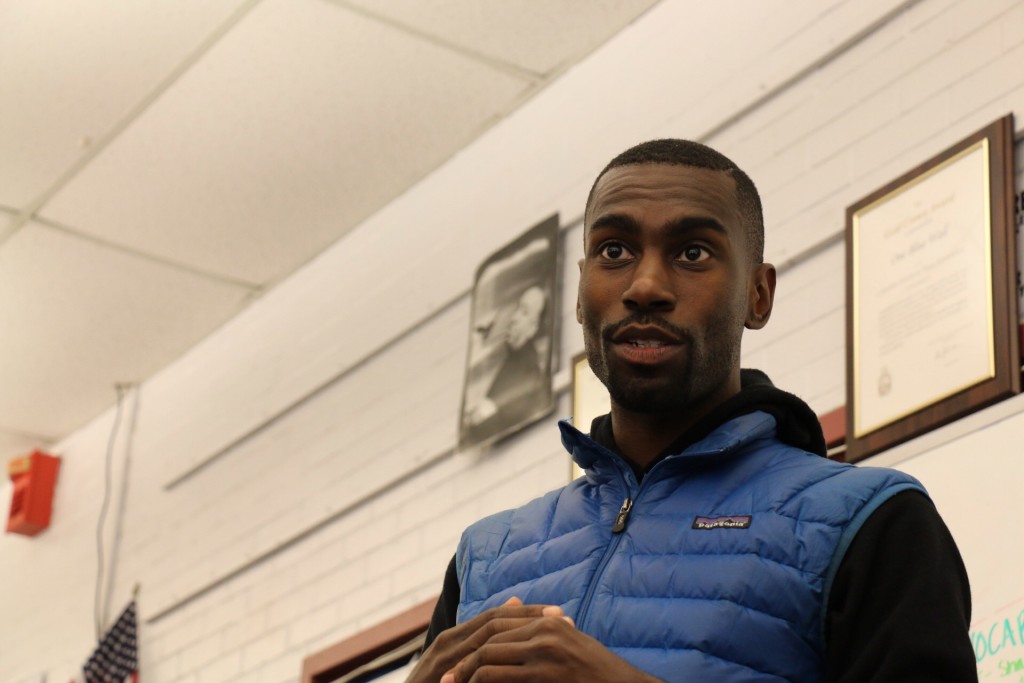 In a mostly off-the-record question and answer session, McKesson said that social media platforms have been critical instruments in engaging diverse groups of individuals in meaningful discussion.

“[Social media] has definitely helped invite more people to the conversation,” he said. “Now, on Twitter, for instance, we can all talk to each other. It doesn’t matter that you’re in high school, and I’m not in high school—we can all be in the same space and talk about issues at the same level and depth as any other people. That space would not have existed before.”

McKesson, a Black Lives Matter activist and prominent leader of the group We The Protesters, also spoke about the significance of his college education in developing his perspectives about racial injustice.

“College was really important to me, because that’s where I fell in love with my mind,” he said. “I didn’t realize the inequity in schools until I went to college and then became a teacher.”

Additionally, McKesson discussed his views on community policing, his opinions about body cameras and his experiences as a protester and public figure.

Manual Black Student Union President Jahné Brown (12, J&C) initially contacted McKesson to coordinate the event last weekend after hearing that he would be in town to speak at Fourth Avenue Methodist Church.

“It was definitely very inspiring,” Brown said. “He’s someone that the BSU has been following really closely. He’s shaped a lot of the ways that I view race in America, so it was cool to see him actually in my classroom speaking to us.”

Melissa Scianimanico (10, J&C) enjoyed the opportunity to meet someone at the forefront of a movement she had previously only observed from afar on social media.

“Besides the fact that I’m really passionate about what he’s talking about, it was really neat to see someone who has been on the ground so much from a journalistic perspective,” she said. “I saw how much thought and planning he puts into everything, and it was very fascinating to learn.”