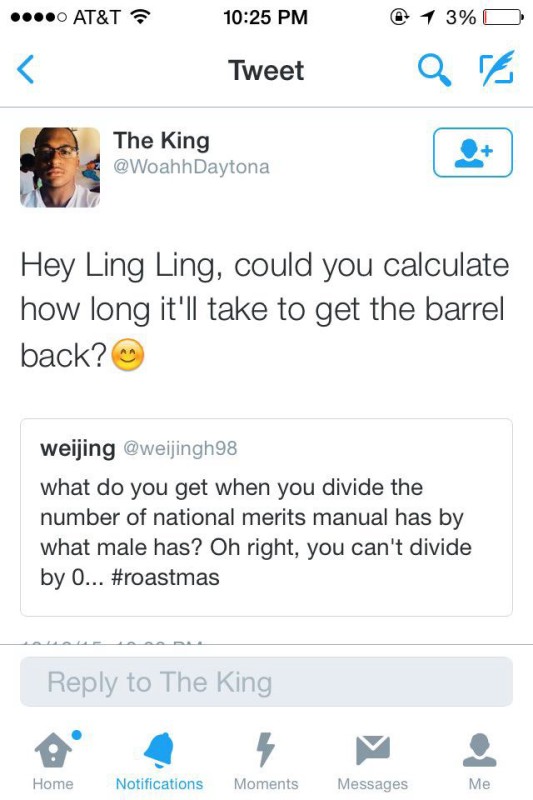 For those of you who were following the #Roastmas debate on Twitter earlier this week, it was doubtlessly a surreal experience.

For the uninitiated (or social media unsavvy), #Roastmas is an annual Twitter war that occurs the Sunday evening preceding the Male/Manual football rivalry game. Students ‘roast’ those from their rival school on social media. 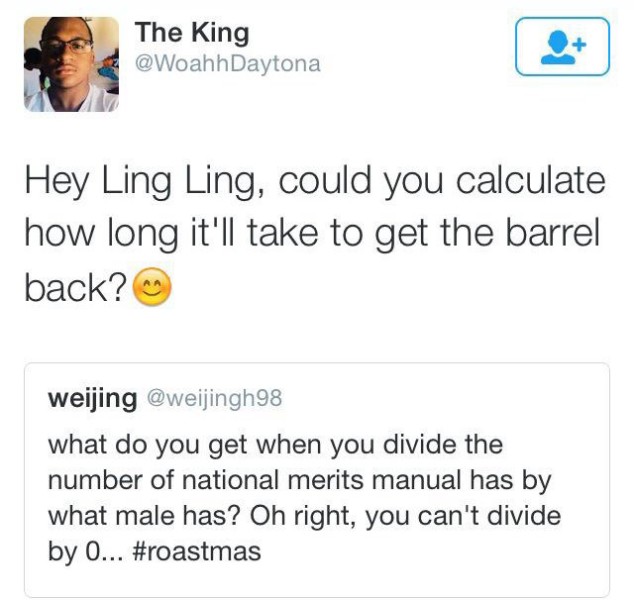 This raises some pretty clear structural problems. For instance, how can someone insult an entire group of people on the Internet in good taste without inherently verging on factionalism, crudely hyperbolizing notable demographics of a demonized group?

Some students did point out the clear potential for the ‘roast’ to go south, but it had little impact on the debate, which quickly devolved into (many since deleted) racial jeers poking fun at Manual’s large Asian population. Though prejudice is a recurring theme in Male/Manual Twitter wars, it’s not a one-way street. While Male students often mocked Manual’s racial demographics, the Manual students lobbed equally as many classist insults at their Male counterparts.

A common thread of derision directed at Male was that students who go there are or will grow up to be fast food or minimum wage workers. Assuming that all jokes are arguments of some form or another (and they are), this constitutes a poor one. Though working a minimum wage job may not be a necessity for most Manual students (only 18% are classified as economically disadvantaged by US News and World Report), shame shouldn’t be directed toward those who need or choose to do so. 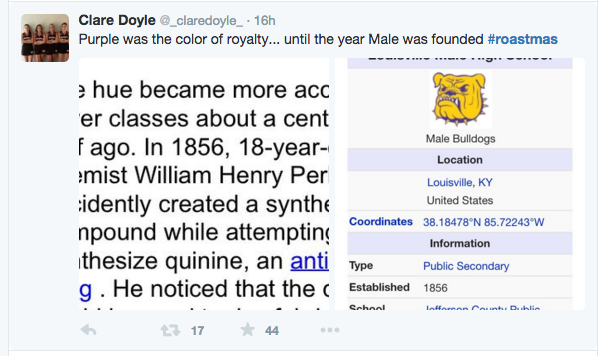 The suggestion that students who go to one school or another are poor, ugly or underachieving vocationally is not new to Louisville. It isn’t even new to Manual or Male. The stereotype, however, historically has trended the opposite. In 1892, Victor Alfred duPont founded duPont Manual Technical School, which originally functioned as a trade school that was, “viewed as blue-collar and academically inferior to Male High in its early days.”

It’s worth pointing out that the Male/Manual rivalry originated in class differences, because this trend continues today in its reverse incarnation, where, in the context of the rivalry,  Male is now clearly seen as the rougher and academically under-performing school. 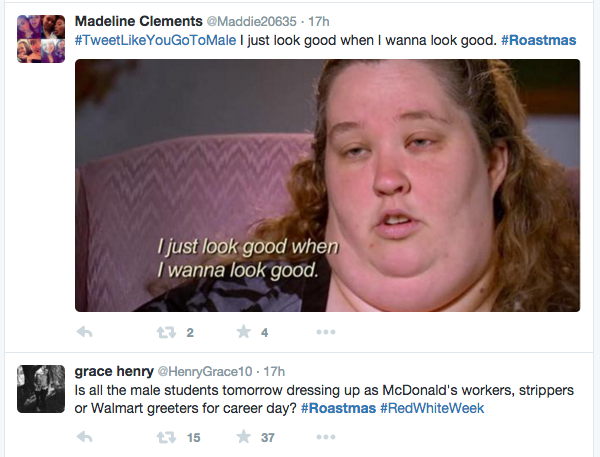 I find the #Roastmas tensions to be a fascinating and inevitable consequence of the shifting cultural landscape between these two institutions. Though it may be easy for those of us who go to Manual to assume the all-too-erroneous moral high ground that results from being a target of racism, we should be careful to remember that invective targeting a perceived lack of affluence or status on the part of our rivals is just as flawed.