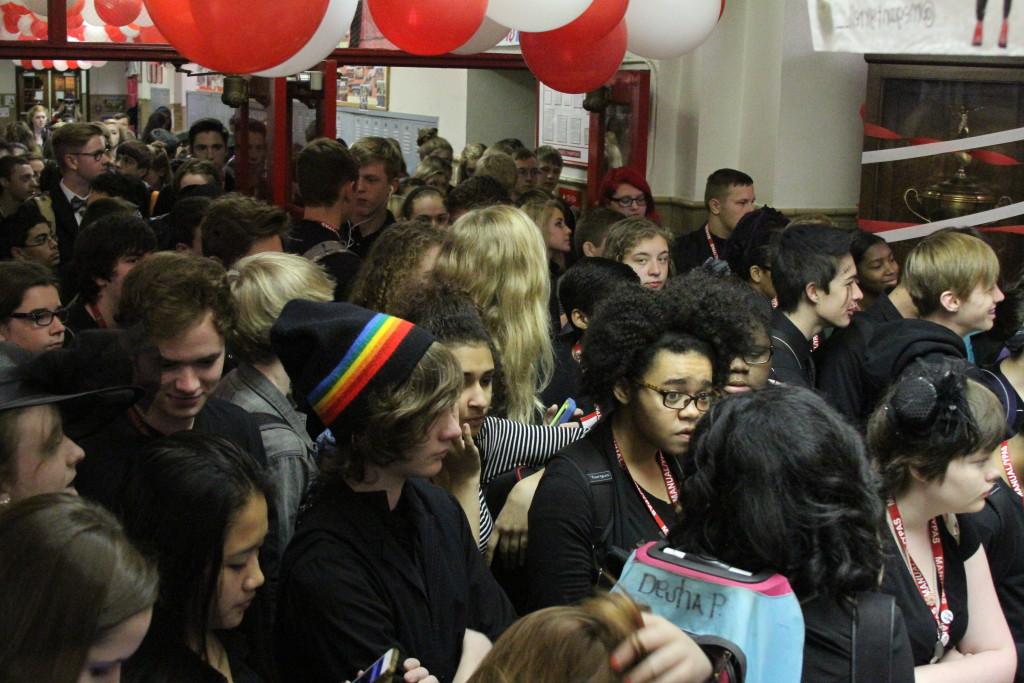 Kuhn described Manual’s triumph over Male by “capturing” new Assistant Principal Mr. Craig Klingenfus, who served as a Goal Clarity Coach at Male prior to Oct. 12.

Per tradition, teachers distributed “hush tags” to male students at the beginning of first block, prohibiting them from saying anything but “Beat Male” to their female peers. See photos from this year’s Doomsday below.