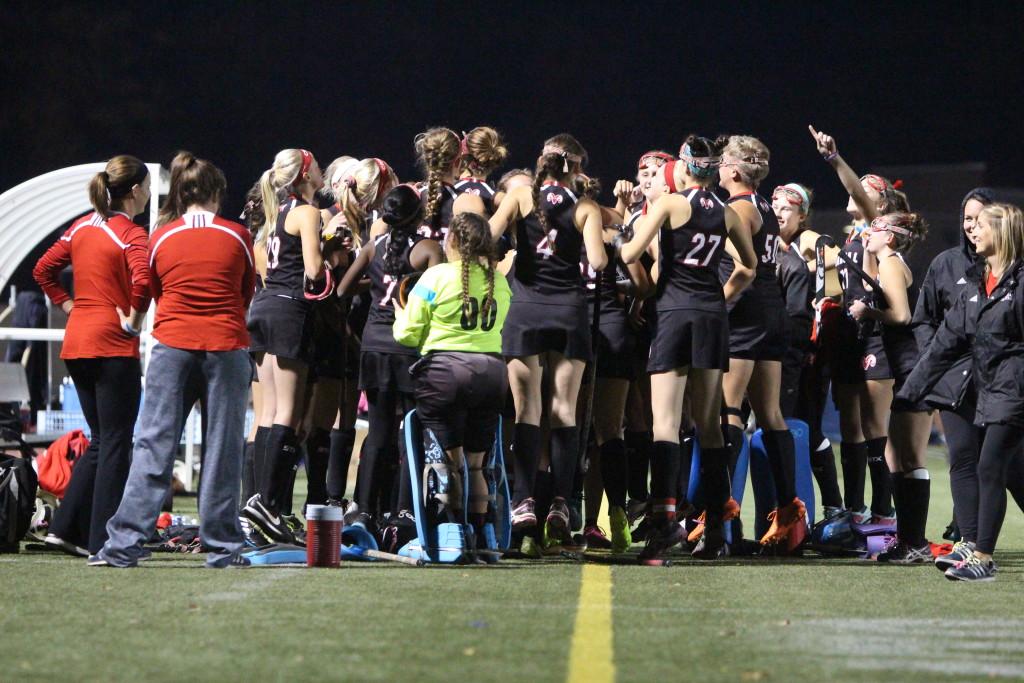 From the beginning of the match, Manual was quick on offense and forced the Valkyries into a tight spot. Sacred Heart, however, was able to break the Crimsons’ stride and score just 10 minutes into the game.

“After the first goal, we tried to not let that get into our heads, and we tried to keep playing,” Shelby Young (10, HSU) said.

After taking an early lead, the Valkyries controlled the field until halftime. Manual tried to turn their early offensive gameplay into a defensive one mid-way into the first quarter, but they still trailed 0-1 after the first half.

Mid-way into the second half, Manual found a way to keep up with Sacred Heart and regain the momentum they had in the first quarter. Corner after corner and drive after drive, the Crimsons looked strong again and started pushing Sacred Heart into their circle.

However, with 13 minutes left in the game, the Valkyries were able to score once again off of a corner. Facing a 2-0 deficit, the quest for the state title looked bleak for Manual.

As the game neared the end, the Valkyries hammered in the final nail in the Crimsons’ coffin by scoring off another corner. With a 3-0 deficit and three minutes left in the championship, Manual’s chances dimmed further.

In an amazing turn of events, with two minutes left in the game, Meredith Wickenheiser (10, #11) was able to score on the Valkyries to cut the deficit to two. Even though getting on the scoreboard left the team with a glimmer of hope, the Crimsons could not form a comeback, and the Valkyries claimed the Kentucky state title by a final score of 3-1.

“The only thing I can say is that we really psyched ourselves out,” she said. “We had nothing to lose, and we came out here and played scared.”