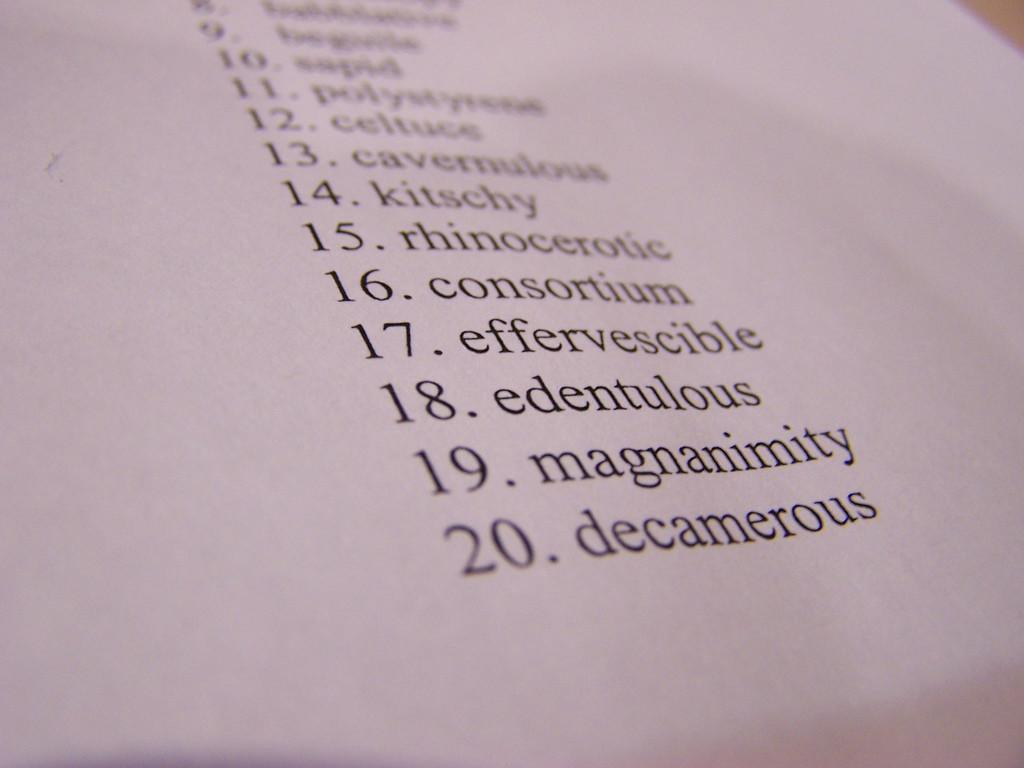 Lader, who teaches the deaf and hard of hearing at Manual, said that the students received the spelling bee words a month in advance so they could study the terms alongside their American Sign Language (ASL) equivalents.

“I like the spelling bee because it helps me learn new words and spell them correctly so maybe I can use the words in my future,” Jason Vaughn (11, HSU) said.

Lader said that she thinks the spelling bee is particularly beneficial for her students, because they typically aren’t exposed to complex vocabulary to the same extent as hearing people.

The Deaf and Hard of Hearing Spelling Bee is different from conventional bees in that instead of verbally spelling the words, participants are placed in front of judges and given white boards so that they can write down the spelling of each term. Words are presented both verbally and in ASL.

Because many words have multiple signs, a committee decides on the correct sign for a word before the competition begins.

“It’s a more visual competition,” Lader said. “The judges have to really watch, and so do the students so that they know what is being said.”

The bee de-emphasizes competition and instead focuses on providing opportunities for young deaf students to meet and interact with older deaf people.

“Many of the elementary students have never met with an older deaf person; they don’t even know what’s going to happen to them when they grow up,” Lader said. “Some of them think they are going to die and they aren’t going to get that old because they’ve never seen an older deaf person. They’ve never had an older deaf teenager be a good role model. When they go to an event like this, they benefit from being able to experience that. They see that they are functioning and see them in these capable roles.”

Lader also said that deaf teenagers can benefit from the opportunity the spelling bee provides to meet deaf students from other schools.

“Lots of times they are all in different schools,” Lader said. “You are isolated when you are in a school with mostly hearing people because you are in a minority.”

The state-level spelling bee will be held next month, but the specific date is yet to be determined.