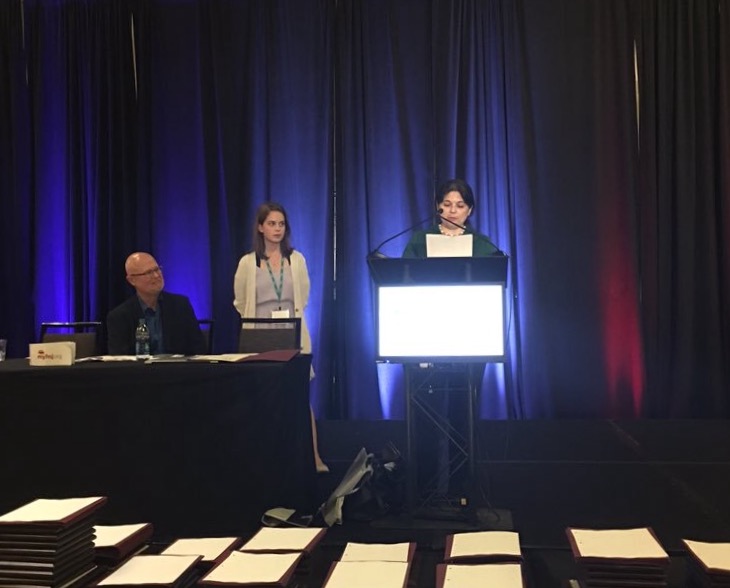 Jean-Marie and Roussell also won the $1,000 Brasler Prize, awarded to the best piece out of all the first place Story of the Year category winners.

Other J&C students and graduates earned top honors at the convention as well.

Erin Woggon (12, J&C), the only Manual student to attend the convention in person, took home an Honorable Mention in the Story of the Year competition’s Diversity category for her feature article about discrimination against Muslim students.

“I think that [winning these awards] already sets us apart,” Woggon said. “I went up to the stage so many times to accept our awards that the woman said I should just get a chair and sit up there. I think it really sets us apart that two of our students wrote the best story that was submitted–that’s really crazy.”

J&C graduate Braden VanMeter won an Honorable Mention in the Design of the Year category for his One Blue Wall literary magazine spread featuring a poem by Karac Medley (10, J&C).

The Crimson yearbook and One Blue Wall staffs also took home honors for their publications as a whole, winning the ninth and sixth place Best of Show awards, respectively.

All of the individual award winners received news of their nominations last September.