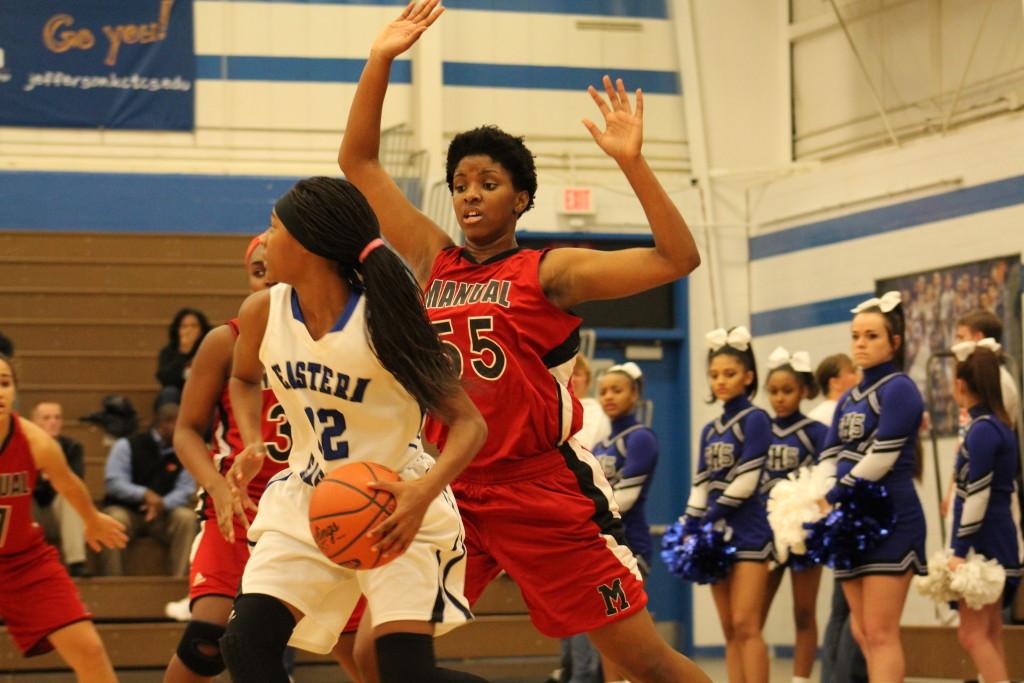 It is that time of year again: basketball season. After last year’s loss to Eastern in the semi-finals of the regional tournament, the Manual girls’ basketball team is looking to win the region and continue on to the state tournament, where they will strive to finish strong and take home the championship.

Last year, the Lady Crimsons relied primarily on a high powered offense that was set up to score; however, this year’s team will look to be a bit more sound on defense and will attempt to wear opponents down in the fast break.

“We’ve worked in the preseason so far trying to play faster in transition and score more points of off the break,” Sparks said. “We are also looking to amp up the defensive pressure.”

“I definitely have to step it up more and lead by example,” McCune said.

With many talented teams across the region, the Lady Crimsons’ road to state will be more difficult than ever before.

“This year, the region is very competitive–it’s loaded every year,” Sparks said. “Male, Eastern, Sacred Heart, Christian Academy, Assumption–there are a lot of good teams this year, and we think we are one of them.”

Stay tuned to Manual RedEye for all of the girls’ basketball coverage for the 2015-2016 season. The Lady Crimsons’ first game will be at Waggener on Dec. 1 at 6 p.m.