Manual graduates some of many affected by Chicago protests 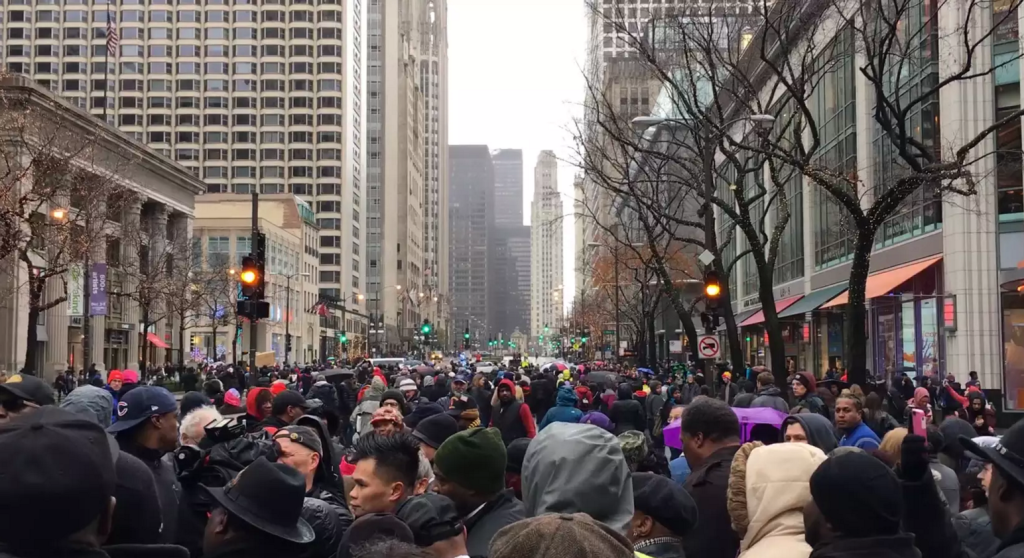 Hundreds of demonstrators marched down Chicago’s Magnificent Mile on Black Friday, blocking store entrances and calling for justice in the fatal police shooting of Laquan McDonald, a black Chicago teenager.

This protest was one of many in response to a recently-released video of a white police officer shooting McDonald sixteen times–an incident that occurred over a year ago. Many protesters expressed anger about the length of time it took the Chicago Police Department to publicize the footage.

Watch the video below to hear from protester Andre Anthony and Manual graduate Melissa Nadeau (Class of 2013), and watch Manual AM for the full broadcast of this story.