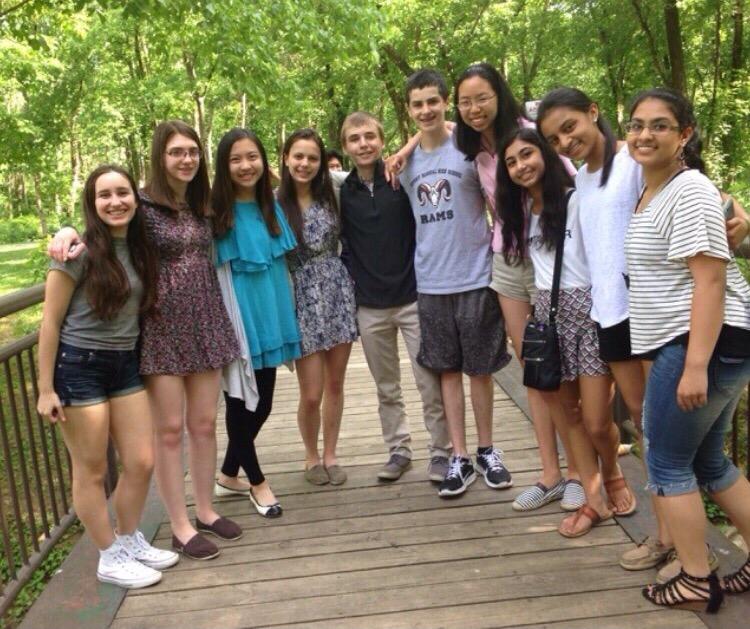 “Whoever is getting my present this year started sending me texts from a fake number a few weeks ago asking me to guess who they were,” David Yi (10, MST) said. “I send a screenshot to the team group message, and everyone hopped on the bandwagon.”

Since the team members were assigned Secret Santas at practice two weeks ago, some have taken it upon themselves to anonymously contact the people for whom they’ve been assigned to purchase gifts.

“I have been getting cans of root beer with probably 50 feet of duct tape wrapped around them, and with a pen taped to each one,” Anthony Survance (12, YPAS) said. “Random people have been delivering them to my classes all week–I’ve gotten three of them now.”

Survance said that while some of the Secret Santas have been using knowledge of their teammate’s class schedules to surprise them with small advance gifts, others have been more creative.

Yi said that though the constant barrage of anonymous messages has been annoying at times, he’s enjoyed the opportunity to bond with his teammates.

“This was one of the most obnoxious activities ever, but also one of the most fun things we’ve done as a team,” he said. “We’ll definitely do this again next year as a team tradition, because it gives us an opportunity to get to know everyone on the team, even if we don’t usually talk.”

Debate team members will exchange gifts and reveal themselves to one another at their after school holiday celebration this Friday, Dec. 18. Survance said that most team members have elected to purchase real presents–as opposed to gag gifts–for their assigned recipients.

“I think that the end product gifts are supposed to be real,” he said. “I know that I got my Secret Santa person a real gift that they requested. We’re supposed to spend 20 dollars.”