EDITORIAL: JCPS threat demonstrates that Louisville community must learn how to respond to breaking news 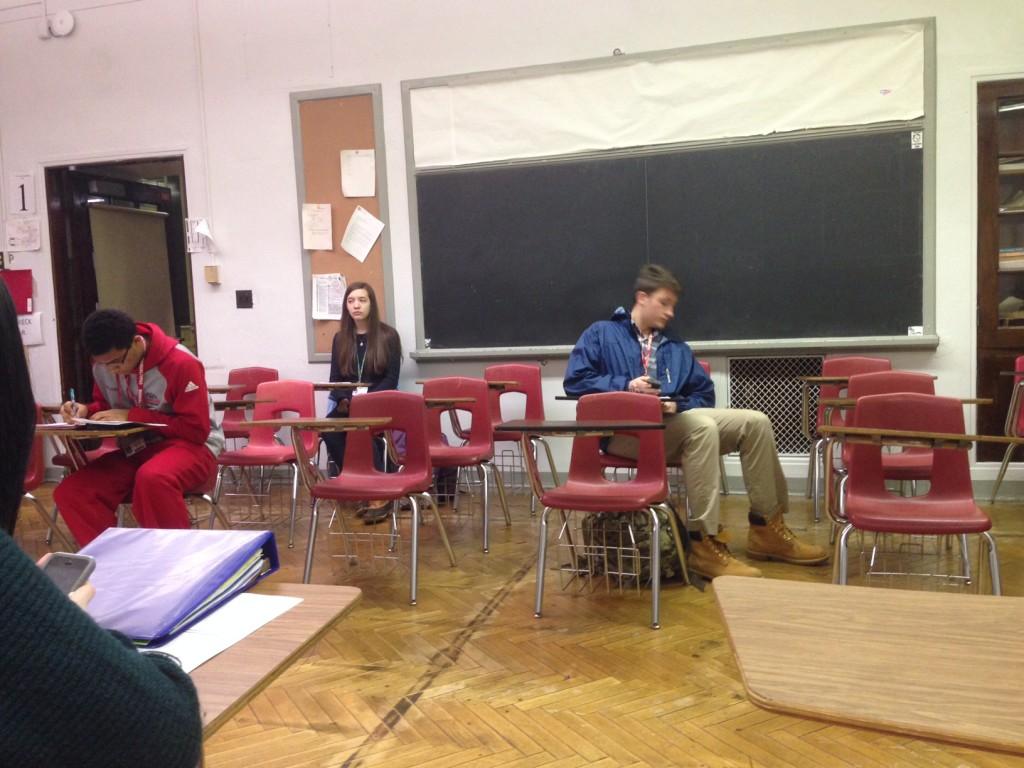 The Board’s first piece, written by Alex Coburn and edited by Patrick Smalley, addresses the importance of critical media consumption during ongoing breaking news events. Read this editorial below, and keep your eye out for more editorial content in the coming months.

If you’re on social media or even exist in the Louisville metro area at all, you’ve probably heard about the unspecified threat against area schools received by the LMPD last Wednesday. Throughout the past few days, we have experienced a hysteria akin to the events of the “Louisville Purge”: parents posting on Facebook that they won’t be sending their children to school, students sharing questionable screenshots from a supposed police officer, and a barrage of tweets speculating about which schools are being targeted. If you didn’t come to school on Jan. 8 or didn’t want to send your children, your precautions are understandable. But though I see the reasoning behind the “better safe than sorry” mindset, we all have the responsibility to become more vigilant consumers of media.

The media criticism podcast On the Media produced a guide called ‘The Breaking News Consumer’s Handbook’ that provides rules for analysis of breaking news–whether that be a terrorist threat, a police chase, a shooting, or any other ongoing event. The Louisville community broke nearly all of the nine rules during the “JCPS Threat Panic of 2016.” Media consumers put blind trust in anonymous sources, relied on news outlets before they had confirmation, and panicked, announcing prematurely that they wouldn’t be attending school. These are understandable and even natural reactions to frightening rumors, but they’re reactions we should all work toward avoiding.

In situations where one’s life is potentially on the line, nearly every organism, including humans, goes into flight-or-fight mode. That’s our basest instinct. But we shouldn’t go that far if we don’t need to. In this situation, all sides could have responded more productively. The frustration that people–especially parents–felt with JCPS’ announcement is understandable. It was just enough information to be initially scary and not enough information to allow parents and students to render an informed decision. On top of that, the United States is already plagued by public violence, and the San Bernadino shootings are still fresh in most people’s minds. The fight-or-flight urge kicked in, and many–parents, students, and community members alike–panicked.

The truth is, however, that public institutions will almost never release every detail during a crisis. So rather than expect JCPS to be completely transparent about information that could stifle an ongoing police investigation should it be made public, we should learn to accept some modicum of uncertainty. We can’t constantly live our lives in fear of the infinite ways we might be harmed. About 1.3 million people die in car accidents every year, but we don’t avoid our automobiles–we simply take appropriate precautions. The LMPD and JCPS stayed on the safe side, and that was the right thing to do. The took necessary security measures, stationing police officers at schools and urging administrators to monitor hallway traditions. Just as car manufacturers equip vehicles with airbags, JCPS did all they could do to prevent a potential safety hazard without cancelling school.

Even more importantly, as responsible news consumers in the social media age, we should develop the skills to discern between unreliable and reliable sources of information. Never was the importance of a critical eye more important than it was Thursday night. A screenshot depicted a group message between an unnamed source and a few of their friends circulated widely on social media. Upon further examination, RedEye discovered that the original message–which claimed to identify the threats as “3 shootings and a bombing,” as confirmed by a supposed St. Matthews police officer–was copied from a Facebook status that went viral. The original poster of the message has not responded to the staff’s request for comment.

Thinking critically about this screenshot, it’s very clear that the message is inauthentic. Why would one St. Matthew police officer have information that neither the JCPS or the public at large have access to? Wouldn’t the LMPD, in a time this contentious, release a statement had the threat really been so large? It’s safe to assume that JCPS would not hold school if they genuinely believed there was any possibility of a threat that could endanger students’ lives. Additionally, people who legitimately intend to inflict public violence simply don’t tend to give authorities a heads up days in advance–it’s entirely counter to their self-interest. No matter how you slice it, the authenticity of the screenshot just doesn’t hold up.

Ultimately, though, this issue isn’t about LMPD or JCPS–this is about the Louisville community. This about those of us who would be directly affected by any potential threat to local schools. This is about being a responsible media consumer in any situation: Unless a news source confirms a fact, don’t assume it to be true. If you see an inflammatory screenshot on social media, trace it back to the source, and if you can’t, cross-reference it with information you already know to be valid.

We can’t control our visceral reactions to frightening rumors, but we can control how we respond. We can avoid perpetuating needless chaos by taking a step back and checking multiple sources. And, most importantly, we can provide a voice of calm clarity by correcting misinformation spread via the Internet and social media. The digital age is a breeding ground for fear-mongering, but rather than being afraid, we need to be responsible.