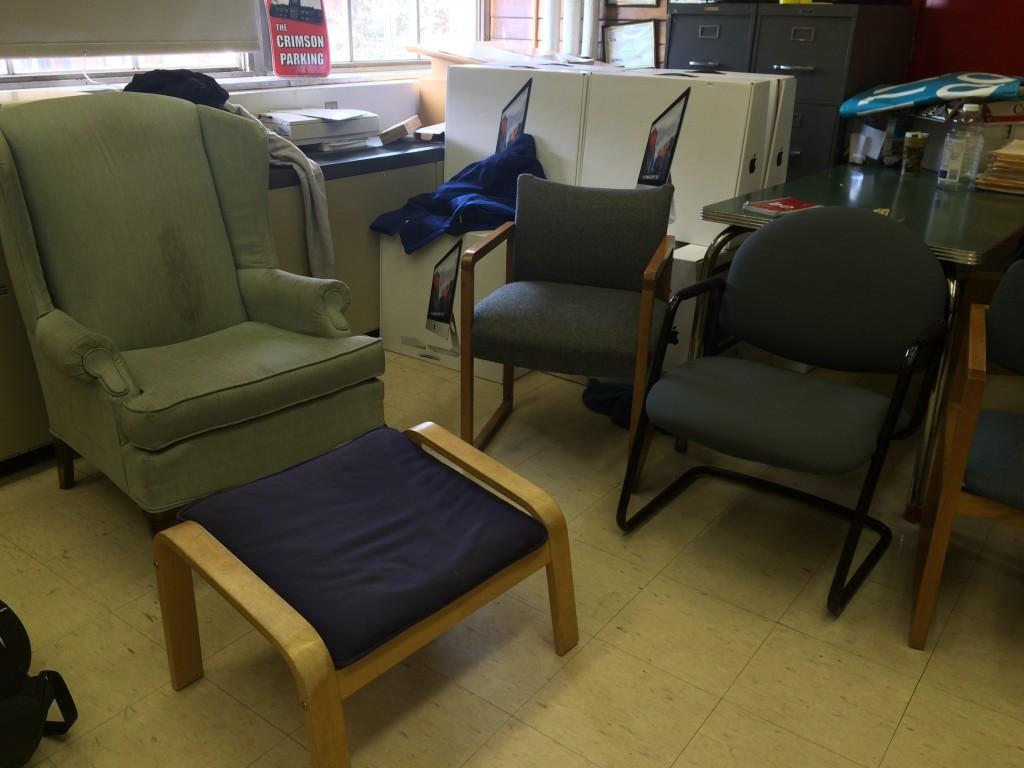 According to Plant Operator Ms. Jane Crady, the custodial staff made the decision to reclaim the furniture for a number of reasons, including difficulty of maintenance and lack of school board approval.

“When we clean everything in the building during summer time, it’s difficult for my crew to lift the couches, and they’re not board-approved furniture,” she said. “It’s also just not sanitary, like if someone has lice or bedbugs, and it’s a fabric couch. One couch we pulled out of a classroom had a mouse nest in it.”

Crady said that the custodians were ultimately prompted to remove the couches when Mr. David Richards (Mathematics) brought a new sofa for his classroom prior to winter break.

“I didn’t realize that we still had three couches in the school,” Crady said. “We can’t tell one person to take their couches home and let other teachers keep theirs. It’s just not fair.”

Richards said that he initially brought a couch into his classroom to provide students with a more comfortable place to complete assignments.

“It makes it seem more welcoming,” he said. “In my style of teaching, students do a lot of work on their own, so it was a place for them to sit comfortably and work independently.”

Richards also said that though he doesn’t necessarily support the couch ban, he understands the rationale behind the policy.

“I obviously don’t agree with it, but at the same time, I learned that it’s a JCPS policy that you can’t have couches,” he said. “I can’t really fault anyone for doing their jobs. I am upset that I don’t have it anymore—it’s actually in the boys’ basketball locker room right now, so it’s still getting use.”

Lizzie Ward (12, J&C) said that she’ll miss the memories associated with the couches in the J&C classrooms.

“I did care more than I thought I would, because [the couches] held some sentimental value for me,” she said. “I sat on the maroon couch in the board room when I first joined the yearbook staff, and I used to chill on Ritchie’s couch every morning during my creative writing class. I’ll miss them for sure, but I’m sure they were taken for a good reason.”