Manual percussionist selected to perform on NPR’s From the Top 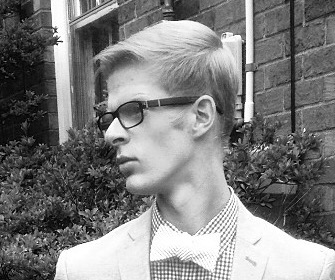 Percussionist Cole Gregory (12, YPAS) has been selected to perform on an episode of the NPR podcast From the Top along with five other area students. The show will be recorded on Feb. 3 at the Kentucky Center for the Performing Arts, and will release to NPR stations on Feb. 22.

From the Top is a podcast that features music, stories and unique humor from America’s best young classical artists.

Gregory is just one of hundreds across the country who auditioned for a handful of spots on the show through a lengthy online process. His audition consisted of a two mallet piece, a snare drum etude, a timpani etude, and a four mallet etude that he wants to play at the show.

According to Gregory, though he was selected to the National Honor Band of America and has performed in the Kentucky All-State Band during all four years of high school, this accomplishment still stands out.

“I was kind of dumbfounded at first,” he said. “Never did I think that I would get to do something like this at my young age and play on live national radio.”

Gregory has had a long history with music since early childhood. His father, also a percussionist, is Manual’s band director, while his mother played the french horn throughout college at the University of Louisville. Gregory himself has been playing percussion since around age five.

“Ever since I was born, my dad has been a high school band director, so I have always been in the rehearsals, the band competitions,” Gregory said. “Music has always been on in our house, whether we are playing it or the radio is.”

Though the spotlight will be on Gregory when he takes the stage on Feb. 3, he has not forgotten the many others who have helped him get to this point.

“I cannot thank enough my fellow percussionists and best friends Chris Daniel (12, YPAS), Maxwell Thompson (12, YPAS), Chris Mikos (12, YPAS) and Daniel Gratz (12, YPAS), along with an MST junior I am good friends with, Maria Gregorius (11, MST),” Gregory said. “But most importantly my family and definitely our staff at YPAS.”

Gregory will be performing “Over the Rainbow” by Harold Arlen, arranged for solo marimba by Robert Oetomo. You can hear his performance on Feb. 22 on NPR’s website or on Feb. 28 at 6 p.m. on Classical 90.5 FM (WUOL).

Correction: A previous version of this article incorrectly described how listeners can tune into Gregory’s performance on a local station. This episode of From the Top will air on Classical 90.5 FM (WUOL) on Feb. 28 at 6 p.m. Listeners can also stream the show on WUOL’s website.