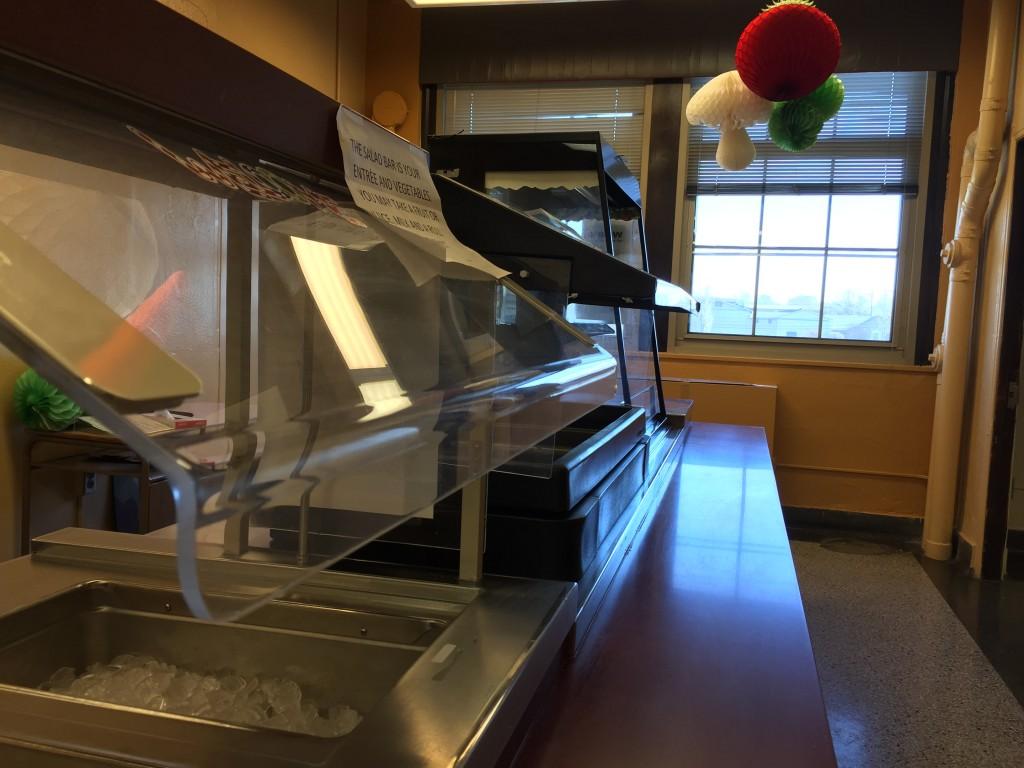 The Manual cafeteria salad bar will close for good this Friday, Jan. 15 after opening earlier this school year in October 2015.

Cafeteria Manager Ms. Leanne Buehner is in charge of all cafeteria operations, including pilot experiments like the salad bar.

Buehner attributed the closing to lack of participation.

The salad bar initially opened in early October of this school year as part of an initiative by Manual cafeteria staff to provide healthier options for students. Prior to Manual, Atherton High School was the first institution in the district to pilot the additional lunch option.

Manual’s salad bar was manned by one paid cafeteria staff member, and, according to Buehner, produced a substantial amount of food waste.

“Financially, we can’t do that,” she said.

The school is already exploring ideas for additional lunch options that may provide students a healthier alternative in the cafeteria.

“I would like to see either a soup or salad bar,” Buehner said. “Nutrition Services are working on a potato bar, but to me, that isn’t enough. We’re going to look into it but we have to have the participation because we just financially can’t afford to lose money.”

Sarah Olive (12, HSU) was disappointed to hear that the salad bar would be closing.

“It sucks because the salad bar was actually a healthier option, and it wasn’t actually low quality,” she said. “I think there’s just kind of a stigma against public school food so nobody wanted to try it.”