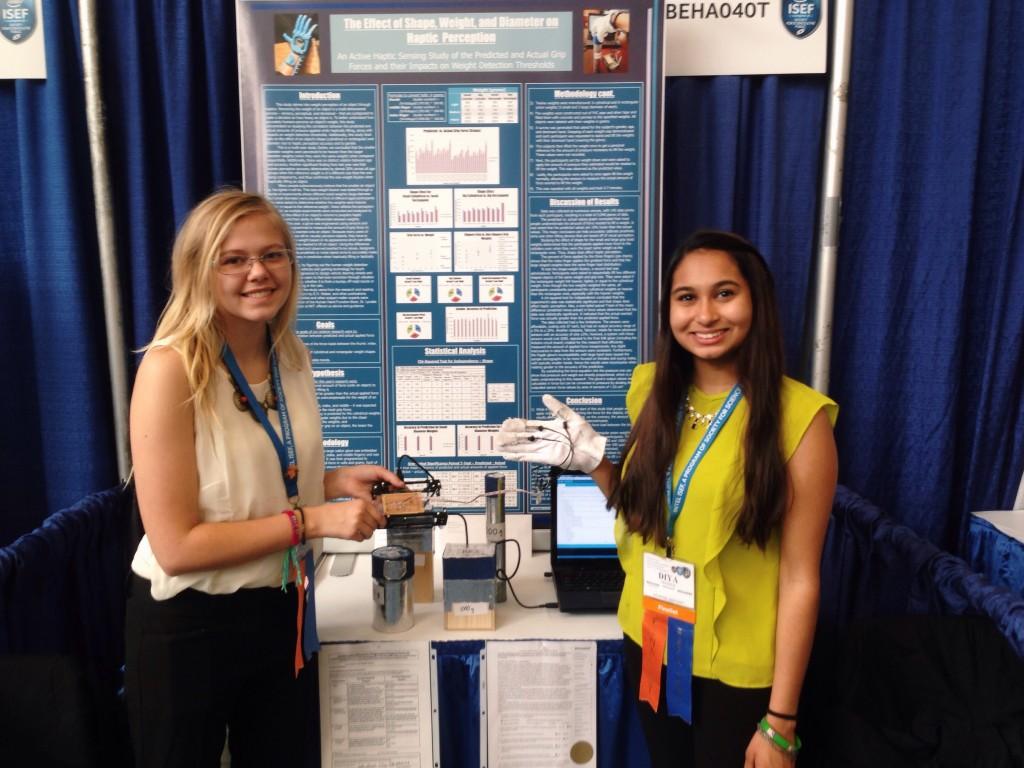 Processed with VSCOcam with c1 preset

The Intel International Science and Engineering Fair (ISEF) recently arranged to name two minor planets after Diya Mathur (11, MST) and Sophia Korner (11, MST) for their success at the May 2015 ISEF in Pittsburgh.

Mathur and Korner have been working together on the same scientific research—an investigation into haptic perception, or the perception of applying force—since the eighth grade. Last year, the two engineered, designed and programmed a glove that measured the amount of force applied with one’s thumb, middle and index fingers. Creating the glove was a preliminary step in Mathur and Korner’s journey to create a superior prosthetic arm incorporating their cumulative findings from years of research.

After winning the second place Best of Fair honor at the state level, Mathur and Korner advanced to the international level of competition, where they won first place in the Behavioral and Social Sciences category.

“My dream was really just to go to ISEF,” Mathur said. “Just being on Team Kentucky was everything, but when we actually found out we won, it was unbelievable.”

Korner said that she and Mathur were informed they would be receiving an additional honor some time after the competition. The planets, Diyamathur and Sophiakorner, were officially presented at the beginning of January—approximately eight months following the science fair.

“The experience was gratifying,” Korner said. “It was one thing to be told that it would happen, but quite another for my name to actually be among the stars.”

The two will be continuing their research together this year, as they begin the process of designing and engineering their prosthetic arm.

“I am still so amazed that Sophia and I aimed for the stars, and got a minor planet named after each of us,” Mathur said. “Now I really do believe that anything is possible.”