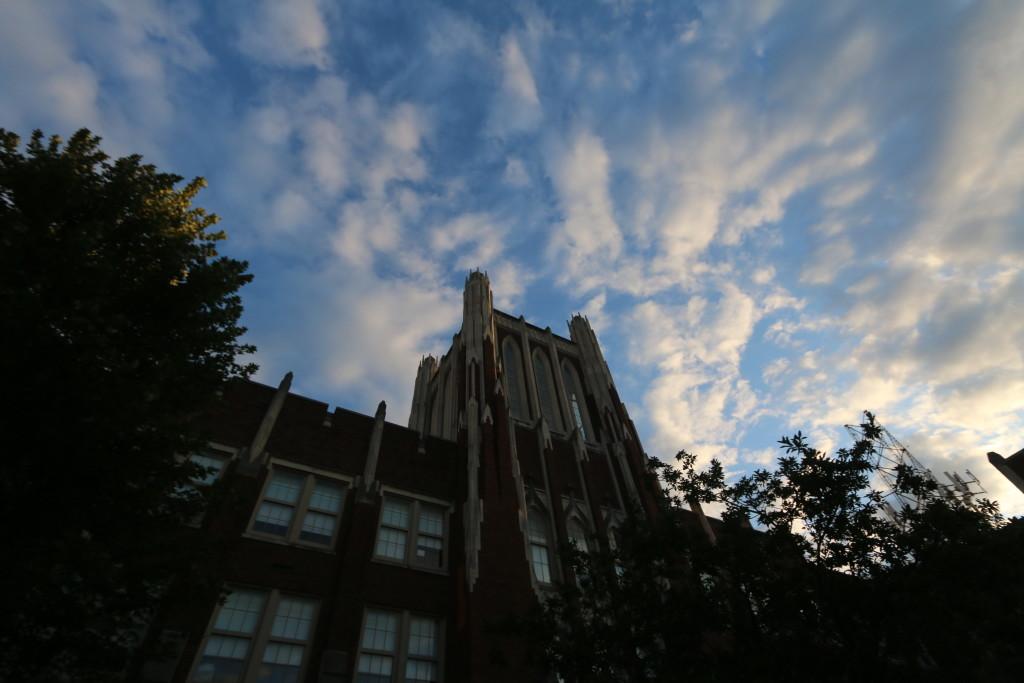 Counselors and school psychologists from across the district responded to Manual Tuesday in the wake of the death of a senior football player, who committed suicide last Monday night.

School counselor Ms. Amy Medley said that when any JCPS student passes away, the district immediately calls on all personnel who have taken PREPaRE crisis response training.

“A number of counselors, school psychologists and other support staff across the district have been trained to come into school buildings and handle situations like this,” she said. “A text alert and an email message will go out to everyone who has been trained, asking them to respond to that school if they can.”

Over 25 such district staff members responded to the incident, conducting grief counseling in the school library for any students who wished to participate.

Medley said that once the school receives official notice of a student’s death and permission from the student’s family to release information, Principal Mr. Jerry Mayes works with the head of the crisis response team to outline the best course of action.

“Mr. Mayes is ultimately the one who decides what we’re going to do, but when the district sends in the crisis response team, there’s a lead on that team who knows what protocol needs to be followed so that everything is done correctly,” she said. “We make sure we go through the appropriate channels.”

Ultimately, administrators decided to call a faculty meeting to apprise staff of the situation before school on Tuesday, and Mayes held a meeting of all football players during first block. Administrators concluded the day with an informative meeting with the senior class, in which Assistant Principal Mr. Greg Kuhn reiterated the resources available to students, including those accessible when school is out of session.

Administrators also distributed to all students a letter outlining the school’s response to the incident and informing parents about ways they can best help their children cope with grief.

According to Medley, 10 counselors from the JCPS crisis response team will be stationed in Manual’s library the next day that school is in session. She advised students still suffering from grief in the coming weeks to seek out help from the school counselors.

Gloria Berry, the marketing director for area mental healthcare provider Seven Counties Services, said that students struggling with grief after the death of a peer or family member should regularly assess how much the incident is affecting their daily lives.

Berry also recommended that students cope with loss via face-to-face conversations or journaling rather than seeking comfort via social media outlets.

Medley said that she appreciated the maturity and compassion with which Manual’s student body conducted itself in the wake of tragedy.

“I have been in several schools where there have been student deaths, and this student body has been the most supportive and mature and compassionate group of students I think I’ve seen,” she said. “We’ve seen friendships that were fractured heal during this process; I’ve seen students take the lead to start conversations… Everyone thinks Manual student are great because of their successes, but they’re also great because of the empathy and kindness they embody.”

The National Suicide Prevention Lifeline (800-273-8255) is a free, 24/7 service providing support, information and local resources for suicidal persons or those around them. Seven Counties Services also provides a local, 24/7 child crisis hotline (502-589-8070). Deaf and hard-of-hearing people can call Seven Counties via KY Relay (711).

Editorial Note: RedEye has elected not to publish the name of the deceased student out of concern for the privacy of his family. Principal Mayes did release this information to the Manual High School student body with the family’s permission.