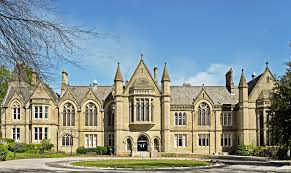 “I got into University of Chicago!”

“I got rejected from Stanford.”

Throughout the halls of Manual, it can seem as if seniors discuss nothing but their college applications, acceptances and decisions. But while the senior class communally revels in the idea of heading off to college, some students have other plans for after graduation: the fabled gap year.

At Manual, taking a gap year between high school and college is not at the top of most students’ minds, and typically only a handful of seniors elect to do so each year. Immediately transitioning to college is pushed so strongly that for most, taking a break doesn’t even seem like an option. However, some students, like Bailee Jones (12, YPAS), have decided that the gap year is for them.

“High school was extremely stressful, so I wanted to take a break,” she said. “I’ve got a long time to go to college and finish school so I want to travel while I’m young.”

Traveling is one of the most oft-cited reasons for taking a gap year. Before going back to school, many students feel the need to see more of the world and gain more hands-on life experience outside of the classroom.

“I plan to take a three month hiking trip on the Pacific coast and then possibly a backpacking tour around Europe,” Jones said. “Then I’m moving to Cincinnati to attend the Regency Institute of Beauty.”

Aside from travel and self-discovery, many students choose to take a gap year because they are afraid of suffering from academic burnout—a phenomenon in which a student has gone to school continuously for so long that he or she is no longer enthusiastic about learning more and cannot properly retain information.

Although gap years have their benefits, parents and relatives of students taking a year off often worry about whether the student will ever return to school.

“My mom is supportive, but the rest of my family is kind of stressing out over it,” Jones said. “It’s the usual, ‘well, you know you aren’t going to go back after this,’ and ‘you really do need to go this year.’ There have been a lot of different emotions.”

Carly Rodman, a class of 2015 J&C magnet graduate, is currently taking a gap year to live in Las Vegas and work for the Bernie Sanders campaign.

“It was the best decision I’ve ever made. At first, it was so hard watching everyone going off to college and starting a new chapter,” Rodman said. “Then I found ways to fill up my time and enrich myself in different ways. I spent mornings at the library reading things I didn’t know about, trying new foods, going places I’ve never been—educating myself outside of textbooks and narrow learning.”

Just like Jones, Rodman is using her gap year to both learn independently and advance her career.

“I eventually took a job as a field organizer on the Bernie Sanders campaign for president,” Rodman said. “I’m living out in Las Vegas, Nevada working 12 hours a day, seven days a week. Living alone across the country and having a real job has taught me so much more than I could’ve learned in the walls of a classroom.”

Despite the uncertainty, Jones is sure that taking a gap year is the right decision for her.

“Gap years are good for lots of reasons you get a mental health break and a chance to experience life, she said. “Sometimes, you even get the opportunity to decide what you really want to make of your career.”

Rodman concurred about the benefits of delaying the start of one’s college education.

“Gap years can be tricky,” Rodman said, “but if they’re used to enrich yourself and grow as a person rather than to be lazy and not go to school, it can be a life-changing time.”