Lady Crimsons sneak past Sacred Heart in first round of LIT 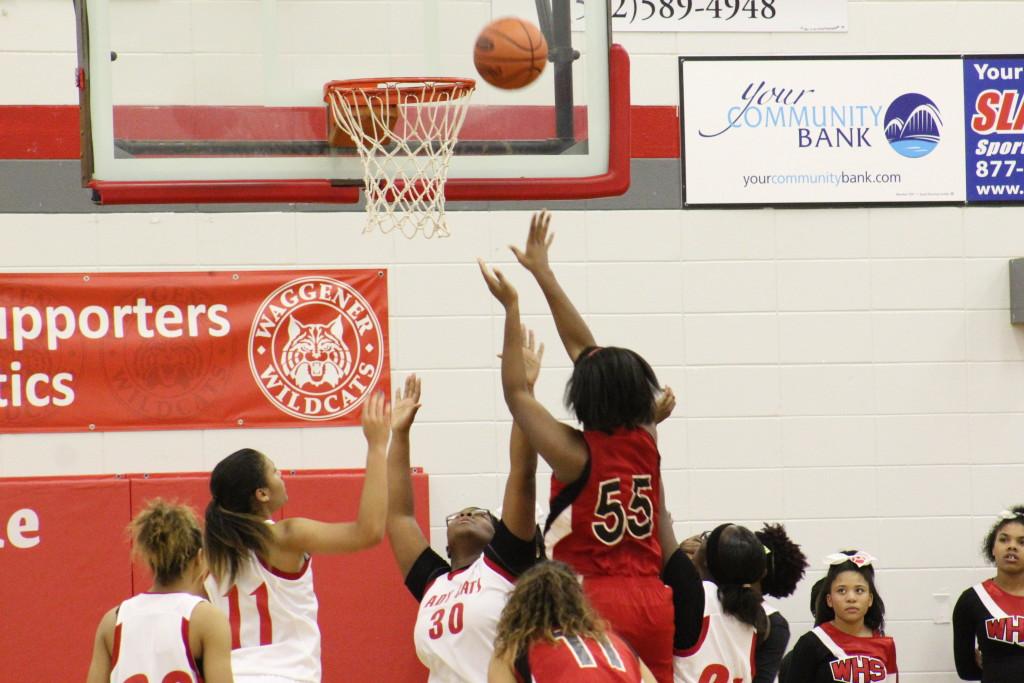 The Lady Crimsons fought tooth and nail to defeat Sacred Heart in round one of the Louisville Invitational Tournament (LIT), 56-53. Tonight’s game was a fight on both ends of the court as Sacred Heart stuck around much longer than anticipated. Ultimately, it was Manual’s forced turnover in the final 15.6 seconds of the game and one last minute basket that put them up three points at the end.

Manual’s offense worked the ball around well, and played with the intention of getting Tonysha Curry (11, #23) and Krys Mccune (12, #55) open under the basket.  The Lady Crimsons were not as effective as usual from behind the arc.

“Coming in, I really wanted to win.” Mccune said. “We did really good against this team, got a couple and one’s, along with a few offensive rebounds and took some good shots.”

Though the Lady Crimsons came into the game as heavy favorites, Sacred Heart played with grit and intensity, getting open for jump shots and forcing several fouls on Manual’s key players, Curry and Mccune.

“Their offense is really good,” Mccune said. “They set you up to get good offensive plays. Their defense made it hard to get open on the perimeter, so we had to work with what we had under the basket.”

The Lady Crimsons’ defense played well and keyed in on Sacred Heart shooters. With only five seconds left, Manual pulled all their defensive players out to guard the perimeter, forcing Sacred Heart to take a poorly placed shot that cost them the game.

“We had a good idea of where the ball was going to go,” Head Coach Mr. Jeffrey Sparks said. “So we played that to the best of our ability, and we won.”

Tonight’s narrow victory demonstrates that if the Lady Crimsons wish to continue onto the finals, they’ll have to play harder and improve their shot selection.

“[Sacred Heart] played extremely hard, and we knew they would,” Sparks said. “They are a great team, and we made sure our players knew it.”

The Lady Crimsons will face off against the second-ranked Mercer County next week in the LIT quarterfinals. Tipoff is scheduled for 5:30 p.m. at Bellarmine.