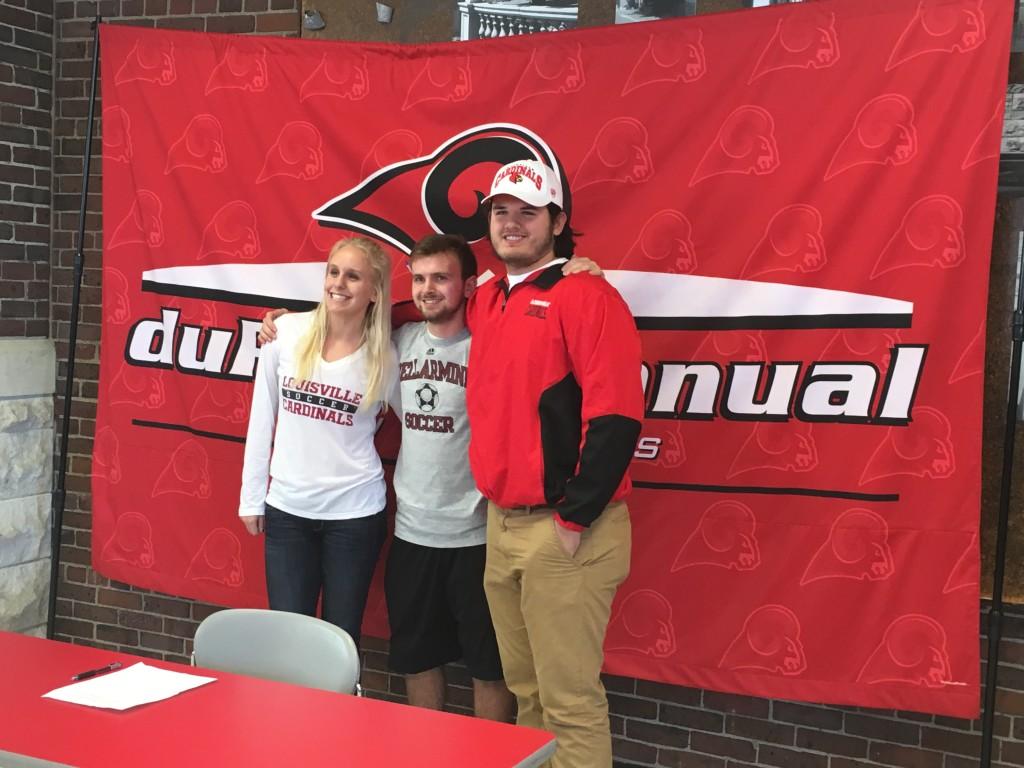 “I’ve always been a Louisville fan, and a long time ago I made up a list of schools that I would be interested in,” Dorsey said. “My dad always asked me if I had the option to go somewhere else or go to Louisville, ‘which would you choose’? And I always chose to go to Louisville. It’s just always where I wanted to be, and I’m honored to be a part of it.”

“It definitely means a lot [to sign with a power five school],” Dorsey said. “ I can’t believe that it’s a dream come true. I couldn’t be more excited to be a part of it.”

Meanwhile, Whitfield, a three-star recruit according to Top Drawer Soccer, will join Dorsey at UofL.

“I’m super excited, it’s like a dream come true,” Whitfield said. “It’s always been a dream to play for Louisville, and that dream came true today.”

Whitfield is excited to be able to stay close to home so that her family can watch her play.

“I’m excited that all my family, my parents, are going to come get to see me play,” Whitfield said. “I’m just looking forward to the future.”

Though soccer traditionally does not receive as much publicity at National Signing Day as football does, it is still an important milestone for Whitfield and Hagan.

“I’m not on ESPN or anything, but the local news is pretty cool,” Hagan said. “Signing day is cool; it’s something that when you start playing sports you really want to be a part of.”

While Hagan will not be joining Dorsey and Whitfield at Louisville, the goalkeeper will not leave the city limits by signing with Bellarmine.

“I wanted to stay in-state for sure, preferably Louisville, and when Bellarmine said they wanted me, I really didn’t think about going anywhere else,” Hagan said. “I really wanted to stay in Louisville to get the in-state tuition and to be able to play in front of friends.”

Even though Hagan has been committed to BU for a while now, he was happy that his recruitment is officially over.

“I’m pretty relieved, I never really had thoughts of decommitting,” Hagan said. “ I just felt like I was going there from the beginning so it’s a relief to finally sign it.”

All three students will finish up their senior year at Manual before moving on to college next year.