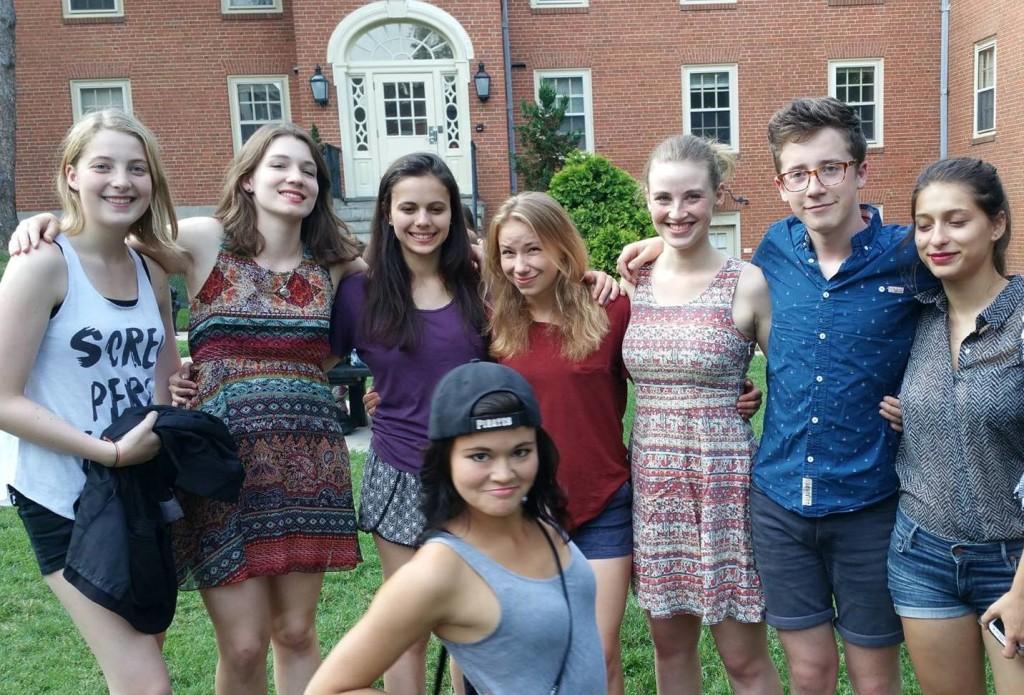 Manual’s Environmental Club President Kayla Soren (12, HSU) recently launched the International Student Environmental Conference (ISEC) with six other students from various European countries. The conference, which the students are holding in Cologne, Germany, will take place over the summer, allowing selected applicants the ability to practice debate skills, develop advocacy techniques and share ideas about environmentalism in a multicultural setting.

Soren and the other organizers first conceived the idea for the conference as participants in the Benjamin Franklin Transatlantic Fellows Summer Institute for Youth, a camp that connects selected teens from the United States and Europe to discuss prominent modern global issues.

Aside from Soren, ISEC’s directors include Anna Katarina Smit Hinge from Denmark, Martina Orlea from Romania, Júlia Karítas Helgadóttir from Iceland, Bettina Maurer from Switzerland, Samuel Nicholls from the United Kingdom and Rebecca Süss from Germany.

Nicholls said that he believes the diversity of the conference’s leadership team is one of its major assets.

“The greatest aspect of this international connection is the amalgamation of skills,” he said. “Martina, from Romania, has one of the sharpest analytical minds I’ve ever observed. Julia, from Iceland, has the greatest judgement I’ve ever seen, and Betty, from Switzerland, seems to know everyone. Together, it is a force to be reckoned with.”

However, Orlea said, the vast physical distance among ISEC’s planners has its disadvantages.

“The only difficulty is working on Skype and being in different time zones, especially with the Americans,” she said.

“Surprisingly, language hasn’t been a difficulty. Everyone involved has very prolific language skills and communication is easy,” Nicholls said. “The only real difficulty is how busy we all are with time zones, and daylight savings, and just a packed schedule. It’s amazing we have time to organize it all.”

ISEC’s founders hope to use the conference to inspire an interest in social entrepreneurship among its attendees, ending the conference by helping all participants plan final projects concerning environmental initiatives.

“As mentors, we’ll help them plan the final project during ISEC,” Soren said. “Then, when they get back to the communities, they can implement that project.”

Interested students living in Switzerland, Iceland, Romania, Germany, Denmark and the United Kingdom may submit an application—which comprises several essay questions and a recommendation—via ISEC’s website. A total of four individuals will be selected.