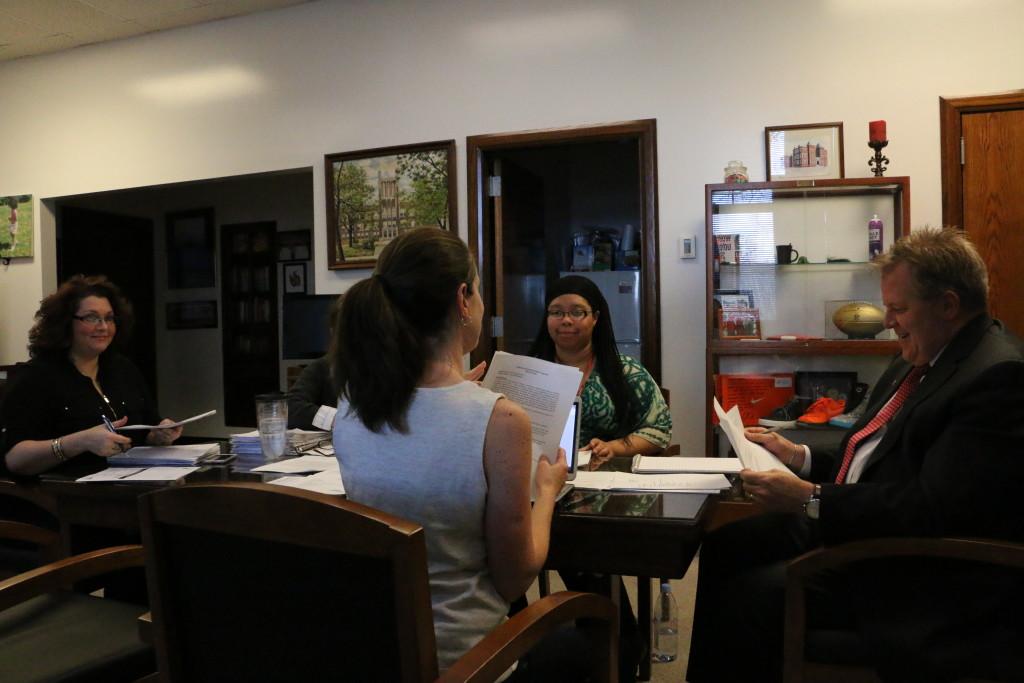 Manual’s School-Based Decision Making Council (SBDM) is currently considering a proposal that would require instrumental music students to complete a fourth-year band or orchestra course in order to earn arts specialization designation, which fulfills the Kentucky Board of Education’s single credit arts and humanities graduation requirement.

Students may also satisfy this mandate by taking a single year of either History and Appreciation of the Visual and Performing Arts, Advanced History of the Arts or Advanced Placement Art History.

Under the current policy, passed last November, students wishing to earn their arts and humanities credit without taking a year-long humanities class are required to take a third-year visual arts or music/theatre course of any kind.

According to SBDM board member Ms. Shannon Evans, fellow board member and Youth Performing Arts School teacher Ms. Katie Blackerby-Weible (Theatre) advocated for the four-year instrumental music requirement in order to uphold the integrity of the class ensemble and to discourage musicians from dropping the course after three years.

“The rationale behind the changes to this policy is simple,” she said. “Not requiring Instrumental Music majors to take four years in their genre means that a student could drop out of the bands their senior year and that could decimate an instrumental band.”

Sara Frigui (11, MST) said that as a junior orchestra student, she is not certain that encouraging otherwise apathetic students to stay in orchestra for an additional fourth year will necessarily improve the quality of the instrumental music classes.

“I think you shouldn’t have to force students to stay in orchestra just because they don’t want to take humanities,” she said. “If people aren’t planning on working hard in orchestra anyway, they’re just going to make it sound worse. Personally, I’m going to take orchestra next year because I enjoy it.”

Janice Im (12, MST), by contrast, said that she believes the proposed policy would have a positive effect on the cohesive performance of the band and orchestra.

“I definitely agree with the four year ensemble policy,” she said. “I would have been enraged if students were allowed to drop after their third year. In my experience, by the time we get to high school band and orchestra, most students have already played in middle school, so the high school journey is less about fulfilling credits and more about exploring a deeper interest or maybe an early passion … Seniors are expected to be the leaders of the group—if all of them were to drop at the end of junior year, I don’t think orchestra and band would function effectively.”

Evans said that the SBDM is currently seeking faculty input about the suggested modifications before they vote on the issue in the coming months.

A full copy of the proposed policy is embedded below.