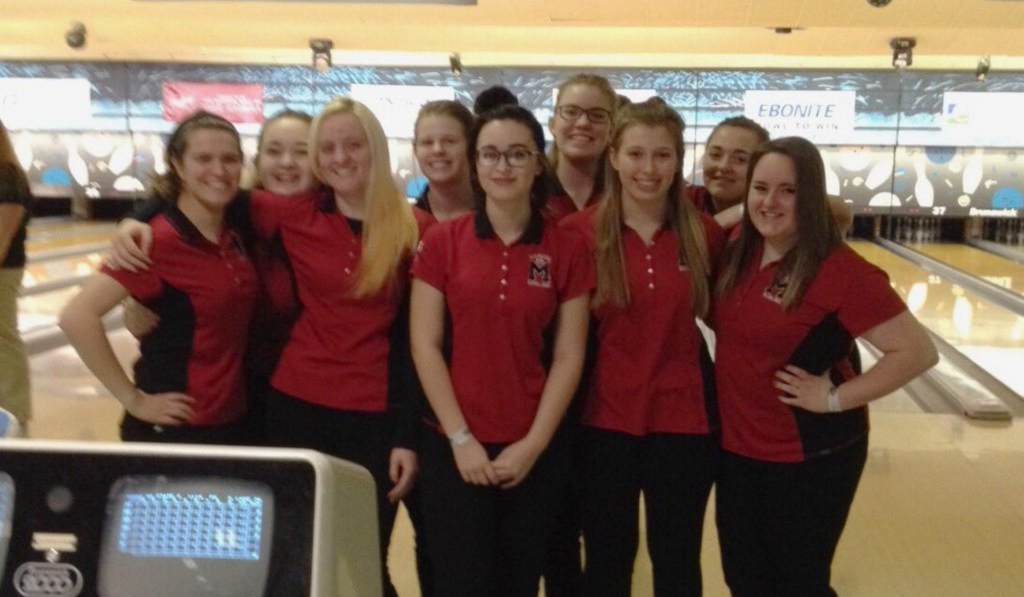 Manual’s girls’ bowling team finished out their season in Lexington, Ky. at the KHSAA state championships this Friday.

Only two teams from each region have the opportunity to compete in the annual state bowling tournament, and the team’s strong performance at the regional competition earned them their ticket to states this year.

The girls had a short afternoon in Lexington—with qualifying round scores of 468 and 414, they were the 16th seed. Pitted against first seed Harrison County, Manual was quickly eliminated three games to one. Taylor County ultimately won the championship.

Head Coach Mr. Ken Rowan said that though he wishes the team had gone farther, he was satisfied that the girls were able to work together to qualify to the state tournament in the first place.

“Everybody on the team chipped in at regionals to make it there,” he said. “It was a complete team effort, and we had girls who bowled well over their averages for the season that day, so getting there was a huge honor.”

With the season for both the boys and girls now over, the Crimsons are looking for many new bowlers for next year.

“We are bringing back really good bowlers for both teams, but the girls are only bringing back two members and the boys are returning three, so we need bowlers and we need them bad,” Rowan said.