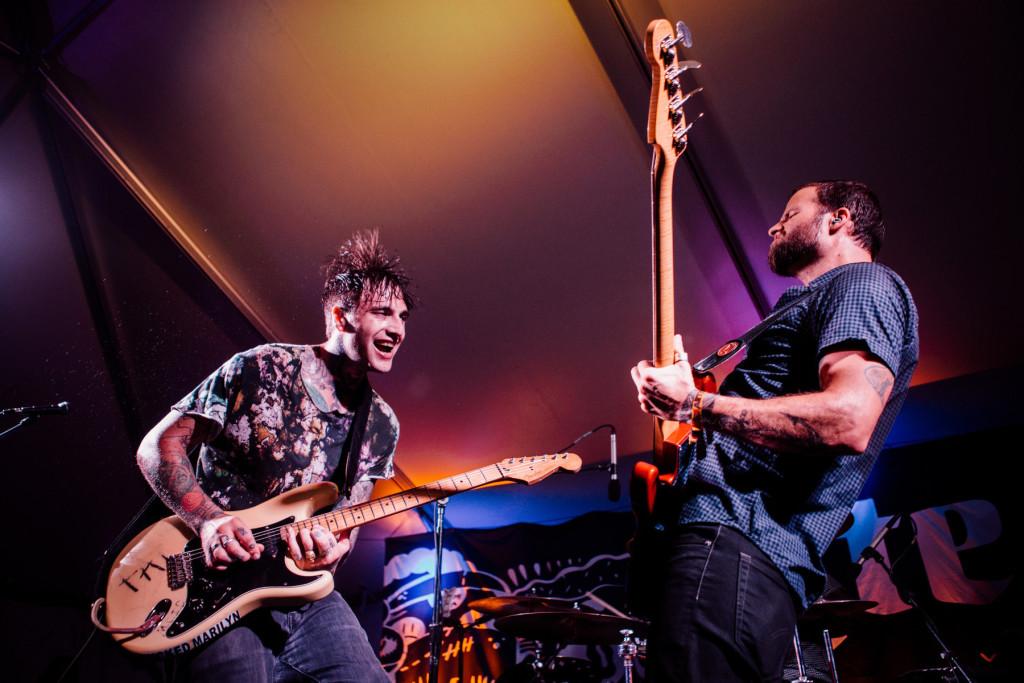 Have a laugh with comedian David Cross, who starred in Mr. Show with Bob and David in the 1990s, and comedy hit Arrested Development in the 2000s. Younger audiences know him from the Kung Fu Panda and Alvin and the Chipmunks movies. However, his show will not be family friendly, so plan for a babysitter. Cross is a comedy expert, with over 30 years of experience. This show is sure to be a hit among satirically-minded audiences.

Dumpstaphunk is a funk band from New Orleans. As a nephew of the 1980s funk band The Neville Brothers, Ivan Neville has inherited the gift of music. He is a multi-instrumentalist and singer who specializes in the R&B and dance styles. He toured with Keith Richards of The Rolling Stones in the 1980s and was a member of the 1990s band the Spin Doctors. This concert will make anyone want to dance.

The alternative rock band Highly Suspect originated in 2009 in Massachusetts as a cover band, but has climbed into the progressive rock scene with their latest single, “Lydia.” They performed at the 2015 Bonnaroo Music Festival. Their sound is passionate with heavy guitar riffs. Fans of Queens of the Stone Age, Kings of Leon or Waters would like this band’s sound and energy.

The University of Louisville School of Music is organizing its annual Jazz Fest that music experts and listeners alike will enjoy. The Fri. show at 8p.m. features saxophonist and Rowan University Jazz Studies Director Denis DiBlasio, paired with the UofL Jazz Faculty Trio Jazz Ensemble. Drummer Carl Allen will join forces with with UofL International Jazz Quintet at 8p.m. on Sat. Allen has worked with many notable jazz figures, such as Herbie Hancock and J.J. Johnson. The festival closes on the right note with Chicago-based pianist Ryan Cohan and the UofL Jazz Faculty Ensemble at 3p.m. Sun. The evening performances will cost $20 and the afternoon performance will be $10, while UofL students can pay $5 with a valid ID. It’s a great value for what might cost much more in a typical, larger venue. Jazz Fest 2016 is something no jazz player or lover should miss.

Nellie Pearl is a band of Louisville natives, whose Americana sound has been played over the airwaves of WFPK on a regular rotation since their 2015 breakout. They were featured in a WFPK Live Lunch concert in Sept. 2015, and have raised $10,000 since to release their debut full-length album, “Lonesome No More.” This event at Headliners will celebrate their efforts with a concert full of songs from their new release.

Get in touch with Kentucky pride at this bluegrass music event, featuring the Rumpke Mountain Boys and the Restless Leg String Band. These groups will leave the crowd feeling nostalgic of days they never even knew with their eclectic, modern folk sound. The Winter Bluegrass Jam admits all ages, and is a great opportunity to bond over the same music as your ancestors.