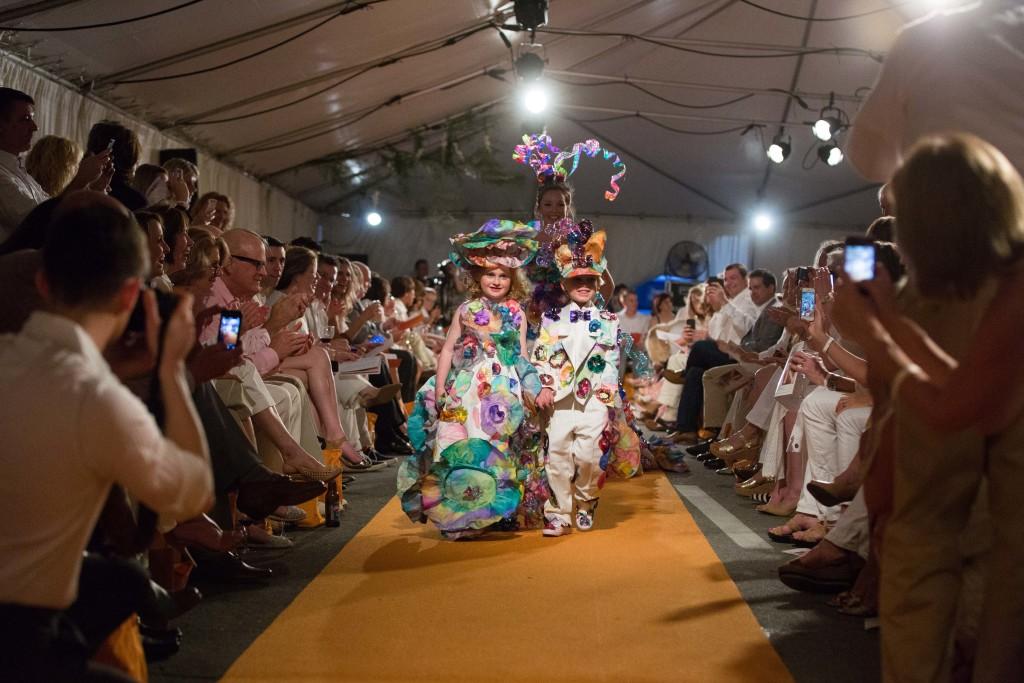 Students in Ms. Alana Alford’s (Visual Arts) textiles class recently began their annual makeshift dress project, in which the young artists are tasked with crafting a dress out of unusual materials.

Alford said that she enjoys watching her students work through the process of designing and constructing their unique creations.

“We are so used to creating clothing out of regular fabric, but to create wearable art out of alternative materials that you typically would not use for clothing is really fascinating,” she said. “It pushes the limits of problem solving in art.

Alford said that her students have crafted their dresses from objects ranging from maps to condoms to human hair.

Though all textiles students must complete a makeshift dress, Alford also asks each person in the class to submit a sketch of their work to the Kentucky Museum of Arts and Crafts (KMAC). Selected pieces will eventually be modeled in the museum’s annual KMAC Couture fashion show.

Sarah Carlee (Class of 2015) had her dress selected for last year’s show. Carlee said that she was not even thinking about potentially having her work publicly modeled while she was working on the piece.

“We do not do it for the intention of getting selected for KMAC,” she said. “It is a class project first and foremost. Ms. Alford has been assigning this before the KMAC show was even a thing.”

Alford works with student ultimately selected for the KMAC event to make tweaks and add accessories before the runway show.

The KMAC Couture show will take place on April 16 this year.