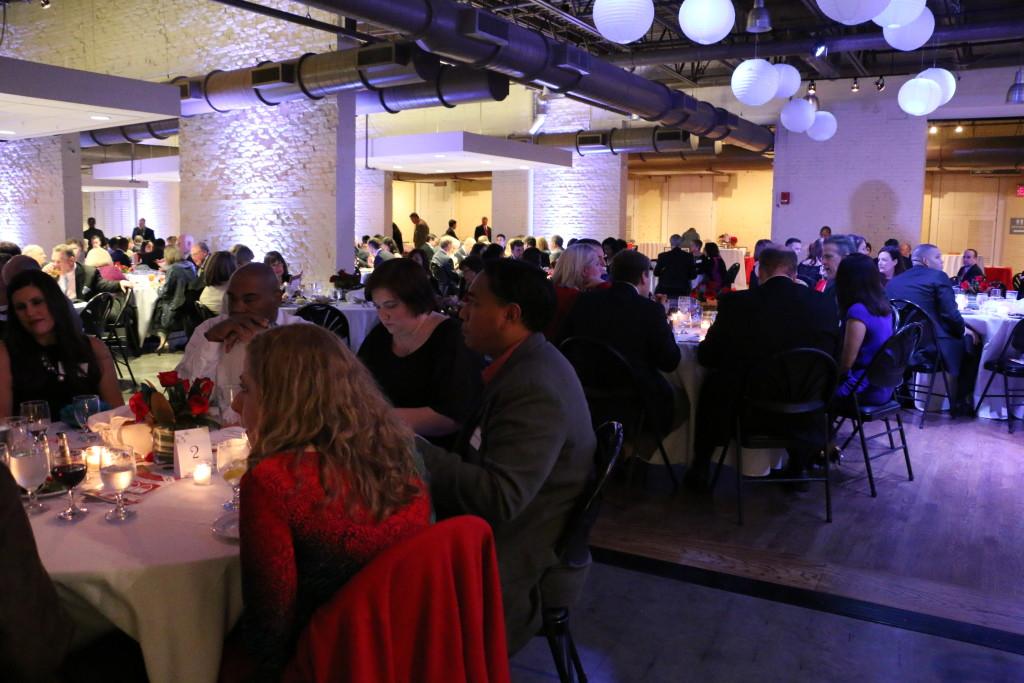 The first annual Growing the Mission gala was hosted on the fourth floor of the Frazier History Museum. Photo by Amanda Tu.

Incorporated in February 2015, the Crimson Mission is a nonprofit that reaches out to current and former Manual associates to raise money for general student-related purposes. The group does not fundraise for any particular cause, but individual faculty members and Manual organizations may submit funding requests for board approval.

Crimson Mission president Ms. Sondra Wojciak said that while the board does not yet have a final figure for how much money the gala generated, she thought the event was an overall success, with 312 total people attending.

“I knew the gala was going to be awesome, but some people had their doubts,” she said. “Some people didn’t think we’d sell all the tickets, but we were at capacity. That showed that people wanted to do something like this.”

Wojciak said that she did wish the organization had a better avenue to communicate directly with all Manual parents in order to spread the word.

“It’s hard to get the word out at Manual,” she said. “That’s probably my only negative. I’m hearing from people now who said they had no idea this was happening. We put it in the Manual morning announcements and on Facebook and Twitter, so I’m not sure how else we could have got the word out.”

According to Wojciak, a limited number of Manual students volunteered at the event, checking in guests and distributing name tags. YPAS and University of Louisville students also provided live music.

Katherine Schaaf (12, HSU) said that she initially became involved with the event through her mother.

“My mom was a board member of this gala, and she wanted my help volunteering at the actual event,” Schaaf said. “I was truly impressed with it. It’s pretty incredible that we are the first public school to hold a fundraiser like this, run completely by parent volunteers … It was an accomplishment that still leaves room for growth in the future.”

Though the Crimson Mission accepts donations throughout the year, their formal fundraising efforts have concentrated around the gala, the annual Give Local Louisville matching campaign and Brackets for Good, an online, tournament-style philanthropy initiative.

The nonprofit has raised enough money thus far to purchase new microscopes for the science department, and has also secured a donor who wished to have their funds directly allocated toward purchasing a new piece of school geography equipment.

Wojciak said that after the gala planning committee and Crimson Mission board finish tabulating the expenses from Saturday’s event, they will begin the process of organizing next year’s fundraiser, which she hopes will have 400 total attendees.