This Week in Manual Athletics: March 20 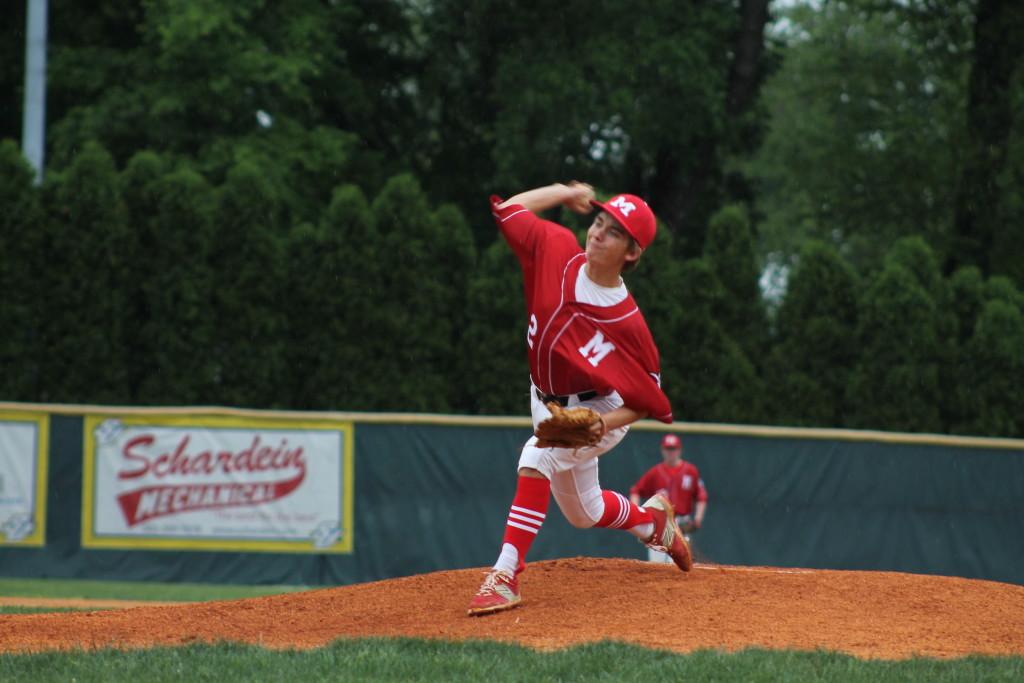 Matthew Olson (11, #2) makes the pitch that would strike out a Central hitter in the second inning. This game was the first no-hitter of Olson's career, as well as Hoffman's.

After a slow start to the season, the Crimsons are finding their groove. Recently they have won four games in a row defeating Doss 21-1, Valley 12-2, Fern Creek 6-3, and Christian Academy of Louisville 5-2. Now, Manual looks ahead to a tough road game against powerhouse St. X on Tuesday. First pitch is set for 5:00 p.m.

The Lady Crimsons opened up the season with a 10-3 win over Bullitt Central before the team traveled to Hoover, Alabama to play two games in the Hoover Round Robin. There, they lost 5-4 to the Hoover Buccaneers and 4-1 to Pinson Valley. They will now play against Southern at George Sauer Athletic Complex tomorrow at 5:00 p.m.

The boys’ lacrosse team continued their hot start against Bryan Station with a 7-4 win. The Crimsons, with their current 3-0 season record, are proving that they are a contender for the state championship. This Wednesday at 6:00 p.m. they will take on South Oldham.

Coming off the win over CAL, the girls’ lacrosse team was flying high going into their game against Eastern, but lost 17-3. The team will play a home game against North Oldham on Tuesday at 6:00 p.m.