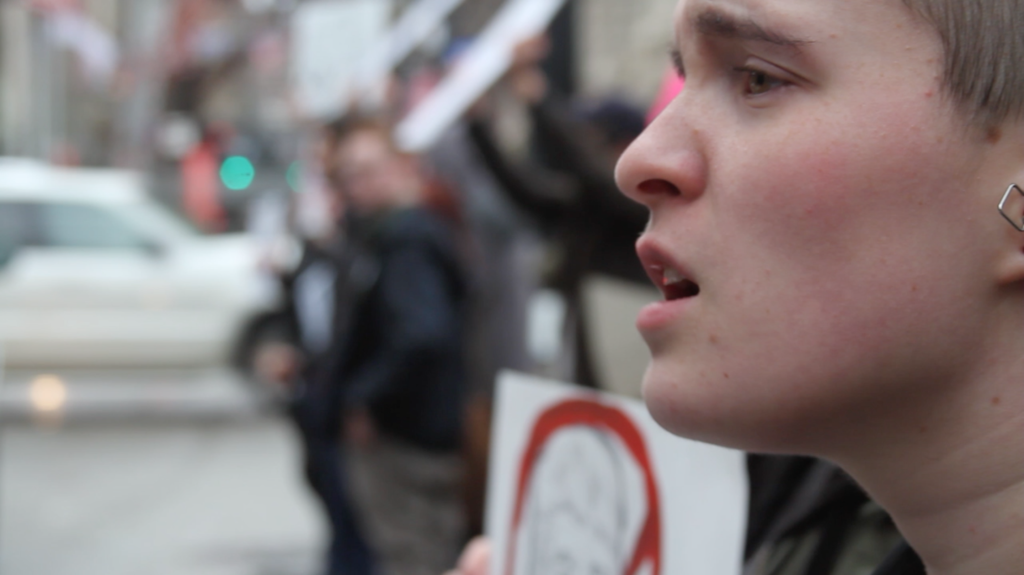 Dozens of Manual students attended the Donald Trump rally in Louisville earlier this month, both as casual observers and active protesters against the candidacy. Logan Zell (12, MST), one of the students who demonstrated at the event, was accosted by a Trump supporter who yelled slurs and ultimately punched Zell.

“I don’t think I was angry so much as disappointed in my country a little bit that people would behave like that,” Zell said. “If someone like Donald Trump had a rally again in Louisville, I would definitely go.”

Many other demonstrators, including students with the Louisville Youth Against Trump group, also experienced hostility at the rally, both from Trump supporters and security officers. See more from the protest in the March 11 Manual AM piece below.