This Week in Manual Athletics: March 27 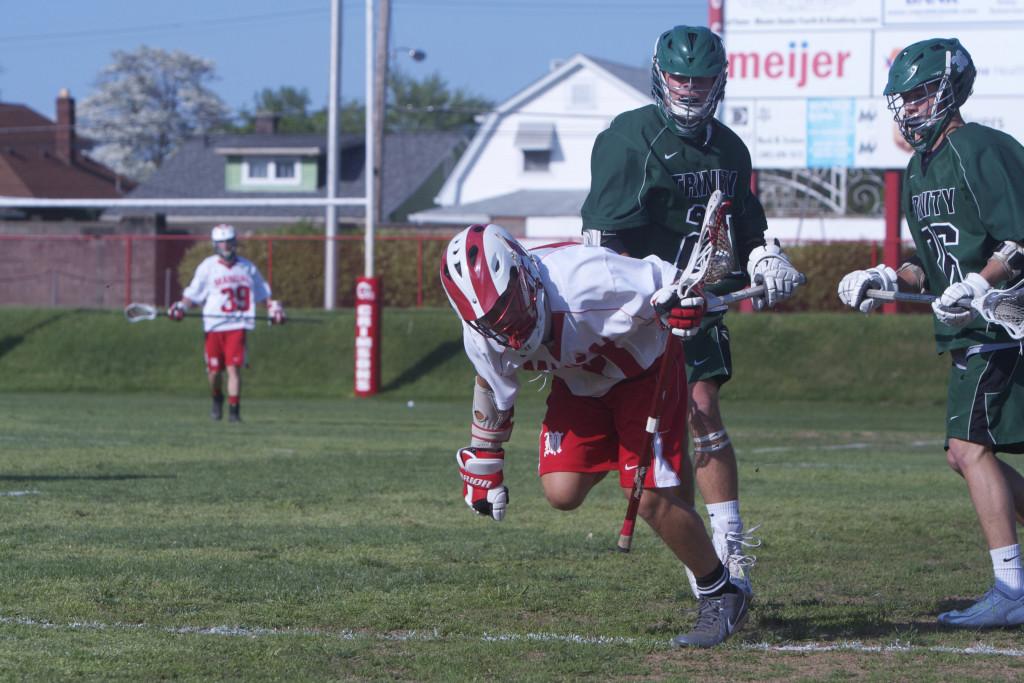 During Manual’s game against powerhouse St. X on Tuesday, the Crimsons came close to defeating the fourth-ranked team with a tying run on third base. However, after a pair of strikeouts, the Crimsons ended the game with a 7-6 loss. Despite the loss, the Crimsons picked themselves up for a signature 8-2 win against North Bullitt. With this shutout and the nail-biter against the Tigers, the Crimsons now hold a state-wide reputation leading into their home game against Oldham County on Monday and Wednesday’s game against Male. Check manualredeye.com throughout the week for game coverage.

The softball team had a jam-packed week of games, with wins against Collins, Green Bay Preble (WI), and Christian County. They were also up 5-0 against Jeffersonville in the 5th inning on Thursday before the game was postponed due to rain. The one blemish on their streak was their 8-0 loss to Central Hardin. The team heads back on the road tomorrow against Central at 5:00.

After having their winning streak snapped by South Oldham on Wednesday, the team bounced back with two wins later in the week. On Friday they defeated Elizabethtown 12-7, followed by a thrilling win over CAL on Saturday. With 30 seconds left, Cole Portman (12, #31) scored the winning goal, finishing 5-4. Following their two victories, the Crimsons will now turn their focus to North Hardin, who they play at Fort Knox this Monday at 6:30.

After the 17-3 loss against Eastern, the girls’ lacrosse team bounced back with a 16-11 win over North Oldham on Tuesday. After their week off, they will head to their Space Coast Spring Trip in Cocoa Beach, Florida on Saturday.

The boys’ tennis team started to find their groove this week with two solid victories over Eastern and Butler. Tomorrow, they will face Bullitt East tomorrow at 5:30 in Central Park.