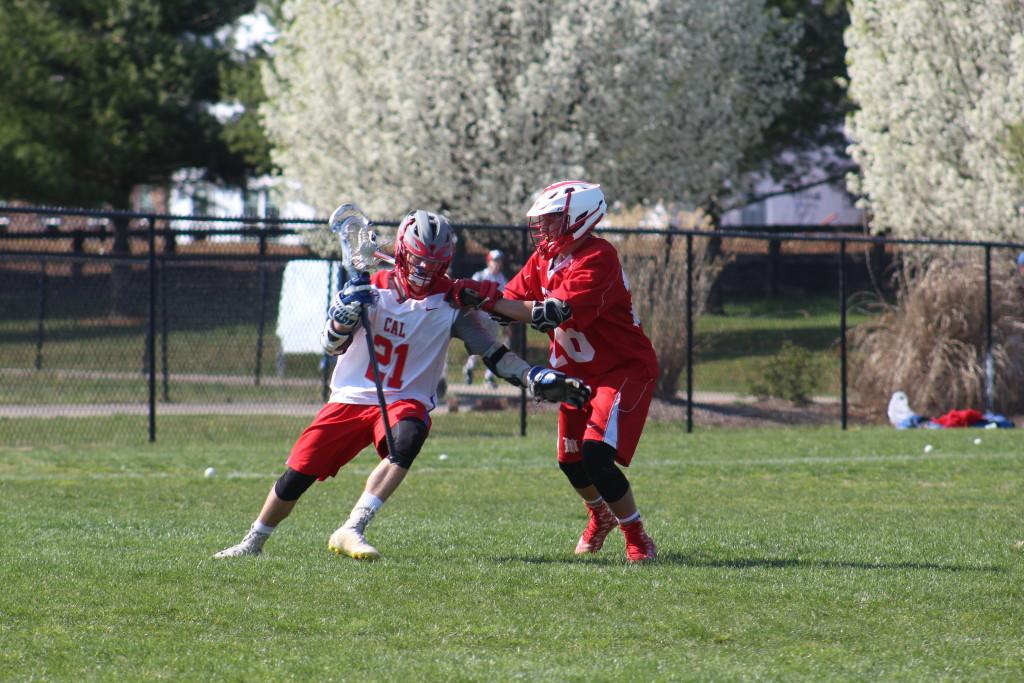 Down 10-3 going into the fourth quarter, the Manual boys’ lacrosse team looked like they were down and out. KCD had been flawlessly moving the ball downfield for three quarters and the Crimsons had no answers.

The Wildcats put another goal past the Crimson goalie Skylar Thompson (11, #24) early in the fourth quarter to make it 11-3 and it looked the nightmare was continuing for Manual.

All of a sudden, though, a switch flipped. Manual was moving the ball with ease and finding the gaps in the defense. The Crimsons quickly began chipping away at their ever-narrowing deficit.

An Owen Gant (11, #9) goal cut the score to 11-10, and—for a second—it looked like the Crimsons were going to complete the comeback.

Manual ran out of gas last minute, however, and eventually fell to the Wildcats 12-10.

Early in the ball game, Nick Brewer (12, #6) put in a goal to bring the score to 1-0, but KCD’s Zack Vine scored four straight himself to give the Wildcats the control necessary to dominate the first half.

“They were in an offensive set that we just did not know how to slide to right away,” Moore said. “It took a quarter or two to figure out them defensively.”

Offense was also a problem for Manual in the first half, as nothing could get by the Wildcat goalkeeper.

The duo of Brewer and Gant scored nine out of Manual’s ten goals, most of which came in the final quarter.

“With time running down we definitely wanted to press them on offense, so defensively we wanted to push them really hard and try to knock the ball loose,” Moore said. “We tried to get as many possessions as we could in that final quarter.”

“Their defense was in a zone the entire game, but we started making more skip passes and exploiting seams in the second half and especially the fourth quarter,” Brewer said.

According to Moore, the Crimsons must avoid getting into a deep hole early as they move forward in the season.

“We have to make sure that we start the game full speed,” Moore said.

Manual will be back in action Friday at home when they play Walnut Creek, Ohio. Game time is set for 7:00 p.m.