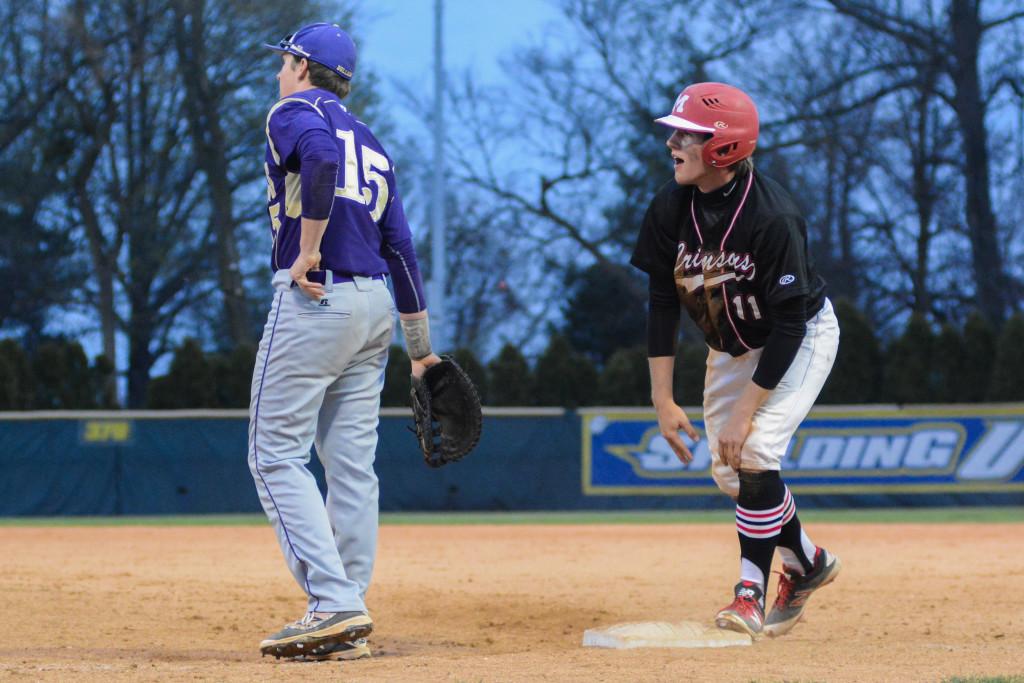 In this point/counterpoint-style opinion piece, RedEye staff members Sasank Vishnubhatla and Reagan Roy debate whether or not baseball remains America’s primary pastime. Read both works below, and then listen to the latest edition of R.A.M. Sports Talk to hear Vishnubhatla and Roy go head to head.

SASANK VISHNUBHATLA: Though baseball has historically been known as America’s quintessential sport, many now believe that it has fallen out of favor with the general public. But with Manual’s baseball and softball seasons now in full swing, it’s time for Americans to recognize again that baseball remains the country’s symbolic pastime, even if it is no longer our highest-rated sport.

To clarify this debate, it’s necessary to establish a formal definition of what qualifies a sport to be our nation’s pastime. Many scholars and academics argue that the leisure activities uniting our country exemplify our collective national ideals. In America, these values include democracy, rights, liberty, opportunity and equality. Baseball’s rules and structure are consistent with all of these ideals, particularly the latter two.

Baseball allows opportunity for every player and every team. In a given baseball game, 27 outs are allotted to each team. If these 27 outs are not sufficient, three more are allowed for both teams. If these are still not enough, three are added again. The opportunity to score is always equal and prevalent. Within teams, every player in the starting lineup must have at least one chance at-bat, and all pitchers have the chance to play due to the pitching rotation system.

As one of the few sports that doesn’t favor players based on size or age, baseball is also fundamentally predicated on equality. A 5-foot-6-inch player has the same chance to succeed as a 6-foot-9-inch player. Further, unlike basketball and hockey, young baseball players have equal opportunity to perform. Most young draft picks in the National Hockey League (NHL) spend at least one year in the American Hockey League, the NHL’s minor league affiliate. This is typically untrue of Major League Baseball (MLB) players.

In addition to its symbolic importance, baseball is particularly meaningful to young people. Youth participation in sports is critical to that activity’s influence on general society. According to FiveThirtyEight, the average age of baseball’s best players is decreasing. With increasing numbers of young superstars, children and rising high school athletes are more likely to continue playing baseball, establishing a strong, sustainable base of players. Baseball managers are also being hired at younger ages and sooner after their retirement from the sport.

Of all major American sports, baseball remains the most accessible to the average citizen. The average MLB ticket is very reasonably priced—$28.94 in 2015. The National Football League (NFL), by contrast, had a mean ticket price of $84.43 in 2014, and this figure is expected to rise. Further, the most expensive average ticket price for the MLB is a ticket to a Boston Red Sox game, priced at $52.32. The most expensive average price to attend an NFL game is $125.45 for the Kansas City Chiefs. This price differential is largely attributed to the fact that football has a higher operations cost and more corporate affiliates than does baseball. The average American could afford to attend MLB games far more often than football games.

Baseball’s historical legacy and role in foreign influence are also important to consider. In 1874, members of Boston and Philadelphia baseball clubs toured England, teaching the English baseball. Since then, American baseball has become wildly popular around the globe, spreading across Europe, South America and Asia. This is particularly evident in Cuba, one of the United States’s close neighbors in which the sport has taken hold. Only basketball and hockey have become as popular outside of the country. A sport cannot be deemed a true American pastime if it does not have recognition and influence throughout the world.

More important than baseball’s global appeal is its ability to unite our communities at home. Unlike many other sports, baseball has a primarily regional influence. The city of Louisville, for example, has a large fan base for the Cincinnati Reds baseball team. The city’s preference about football teams, by contrast, is largely divided—no single NFL team garners the majority of local support. This is because baseball, more than any other sport, is rooted in region and community, attributes characteristic of a nation-wide pastime.

Whether evaluating its founding principles, history or modern-day accessibility, it’s clear that baseball is still America’s national pastime. Though its ratings may never again reach the heights of certain other sports, baseball continues to remain an activity that unites the entire country.

REAGAN ROY: Historically, it is true that baseball has dominated American culture of years past. Throughout the 1900s, baseball was the sport to which people turned for relaxation and community. Today, however, this is no longer the case. Baseball’s gradual decline from modern United States society has not gone unnoticed, particularly when contrasted against the rise of football and the NFL.

Most important in determining what sport embodies the zeitgeist of any given era is public interest. In 2014, a total of 202 million unique viewers tuned in to watch on Sundays during NFL season. Each game garnered an average of 17.6 million home viewers, compared to a mere 2.2 million for baseball. Those staggering numbers are reflected in live attendance as well—in 2009, roughly 67,000 people attended each NFL game.

Football players themselves have emerged as far more prominent celebrities than athletes in arguably any other sport. Steelers wide receiver Antonio Brown, as one example, popularized the phrase ‘business is booming’ and is currently starring on the 22nd season of Dancing With the Stars. This cult of fame is particularly enticing for young people who aspire to become football stars. Baseball players, on the other hand, don’t pursue ventures outside of their athletic talents nearly as often.

As NFL players’ salaries continue to rise and the public continues to become more invested in particular teams, it’s clear that football is quickly moving to claim the spot as the quintessential American pastime. Though baseball maintains a devoted niche audience, it’s also evident that it is declining to become just a lackluster spectator sport.