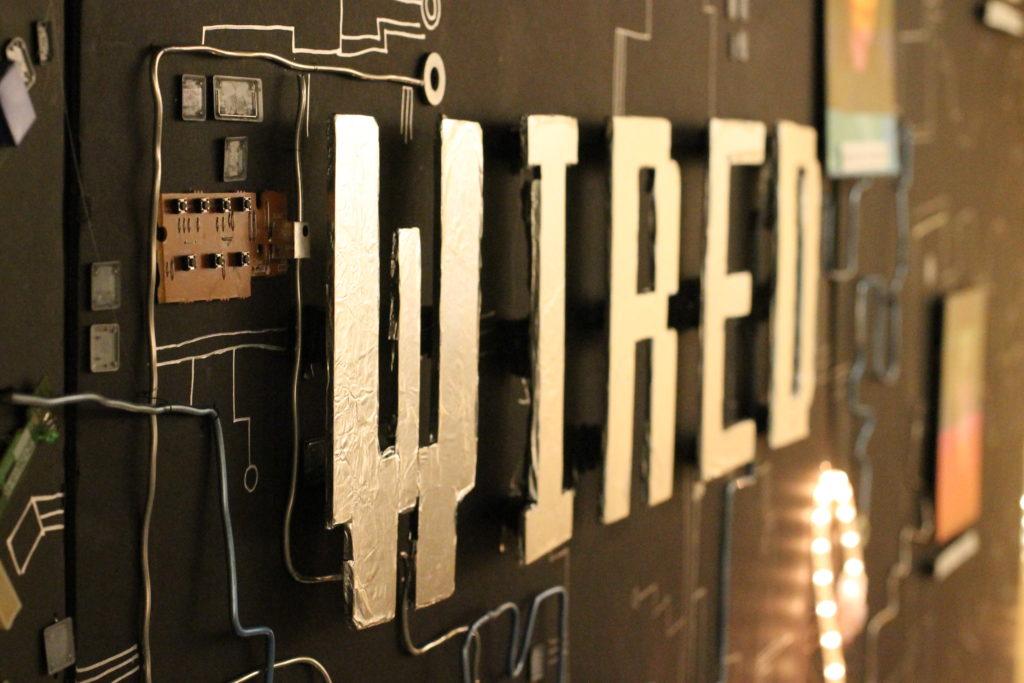 According to Elizabeth Brownfield (12, VA), the seniors featured in the show chose the theme because of its symbolism about technology and connectivity. The “Wired” theme was reflected in the artists’ installation of computer parts on the gallery walls and the wiring connecting each seniors’ portrait.

“[On] the wall, there are computers to particles and then to synapses and that shows how everything is connected and everything has to do with technology in this age,” Brownfield said.

Brownfield said that she was very quickly able to select her pieces for the show.

“It took me about a day to figure out what pieces I was going to use, then I had Ms. Young who told me what and what not to use,” she said. “After that, all I had to do was matte my pieces.”

Deirdre Welch (9, J&C), who attended the gallery, appreciated the symbolism of the show’s unifying theme.

“I personally enjoyed all the pieces as well as the theme ‘Wired,'” she said. “The individually-made stickers were also a great addition and something—as far as I’m concerned—that differed this show from the previous ones and allowed for those who attended to take a token of art from the graduating seniors.”