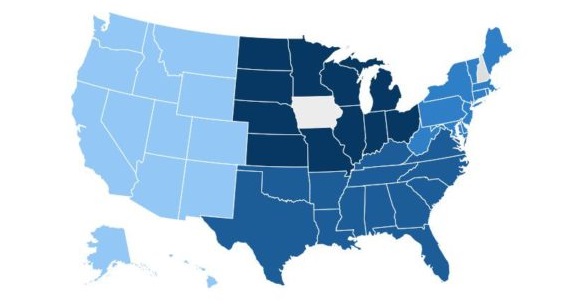 For those voting in Kentucky’s Democratic primary on May 17, it’s hard not to be struck by the futility of the exercise. And for good reason. Kentucky is the 43rd state to vote, meaning that the state’s voters haven’t had any real say in the party’s nominee for the last few decades. By late May, the party nominees are almost always set in stone. If Bernie Sanders were to actually win the nomination, he would have to capture every remaining state (including Kentucky) by well over a 20-point margin, meaning that only one candidate has a viable path to the nomination, whether you vote for her or not.

This isn’t just a problem for Democrats either. Before Kentucky Republicans altered their process this year for Rand Paul by changing to a lower turnout, less democratic caucus system that bumped them up to April 28th in the calendar, they were stuck with the same paltry May date.

Since there’s a lot of consternation directed at the primary process from both sides of the aisle at the moment, maybe it’s a good time to float two of my favorite new theories for improving this wonky relic of a process. Both parties are increasingly seeing challenges to their legitimacy that these reforms could help band-aid.

Ever wonder why four of the last six presidents were from or represented the South*?  Part of that is because, a la the SEC primary, the region has an inordinate amount of power over the nomination process. Remember when I said that many states have virtually no role in picking a nominee? Meet the states that actually do. Held in early March, southern state primaries get to have the first say in solidifying the legitimacy of a party nominee after the Iowa and New Hampshire media circus is over, potentially shaping voter confidence and prospective media coverage.

This isn’t to defame the South, of course. After all, someone has to go last in a sequential system. Though this perhaps poses a more important question: why have one? First promoted in 1999 by the National Association of Secretaries of State, a regional rotation primary calendar would help disperse voting power equally by separating the country into distinct regions, usually the South, Northeast, West and Midwest (though I’m partial to more particularist systems that devise sub-regions like Appalachia or the Pacific Northwest), and having them rotate voting order each year.

This gives every region a chance to go first in nominating presidential candidates, and it prevents one region from perpetually being too central to the process. Republican National Committee chair Reince Priebus has backed this plan, and with good reason. It prevents candidates from pandering to the same states again and again.

It’s probably worth conceding that the plan is far from perfect. It doesn’t actually prevent one region from being last and therefore alienated from the process. What it does do is prevent that region from being continually alienated. If you get the short end of the stick this year, you can be confident that your voters will have the last laugh in a decade or so.

Readers might be inclined to ask why this system is preferable to a nationwide primary on a single date. While an all-at-once vote-fest to choose party candidates might sound good on paper, it has a number of issues. First, it prevents political parties from being effective at all (which is a good thing). As good as George McGovern might have looked to the Democrats’ liberal base, his nomination dropped the presidency in Richard Nixon’s lap. Factions of ideological voters thus benefit from party organizations, which can help prevent such disasters from occurring (if you’re looking for the type of disaster that happens when a party is totally ineffective, see: Donald Trump). Additionally, a prolonged process helps cull the chaff from the candidates running. Think of it this way: if the nation held an all-state primary on the day of the Iowa caucuses, we might be looking at Republican nominee Ben Carson. It took a more involved process to prove to voters that Carson was in over his head. A Rotating Regional primary system solves both of these issues while still proving more democratic than the existing system.

Unlike the above, this civic choice could theoretically affect all elections, as opposed to just presidential primaries. In the United States, we use a first past the post, or FPP, voting system. In the FPP system, candidates receive seats based on reaching a fixed (and often arbitrary) number of votes. A good example of this would be the 1237 delegates needed to win the Republican nomination. It seems rational enough on paper, but problems quickly arise with the system when you look closer. Large swaths of the population can go effectively unrepresented if they constitute less of a constituency than a plurality (or even a simple majority), a crude and unrepresentative two-party system is reinforced, and voters are often incentivized to play game theory with their votes; concerning themselves with electability and politics as opposed to modeling their voting behavior off of their ideology or interests as a citizen.

Electoral reform interest groups like FairVote have instead advocated for a single transferable vote system (STV for short). STV is notable because it looks to maximize voter utility through a ranking mechanism. Instead of just choosing your first choice, you’ll also rank runner up candidates. This prevents “spoiler” candidates like Ralph Nader or Ross Perot from throwing elections, since third party votes get redistributed to second choice candidates. This also removes the disincentive for forming third parties in the first place, meaning that less traditional parties could, however unlikely, find success competing with the major two. 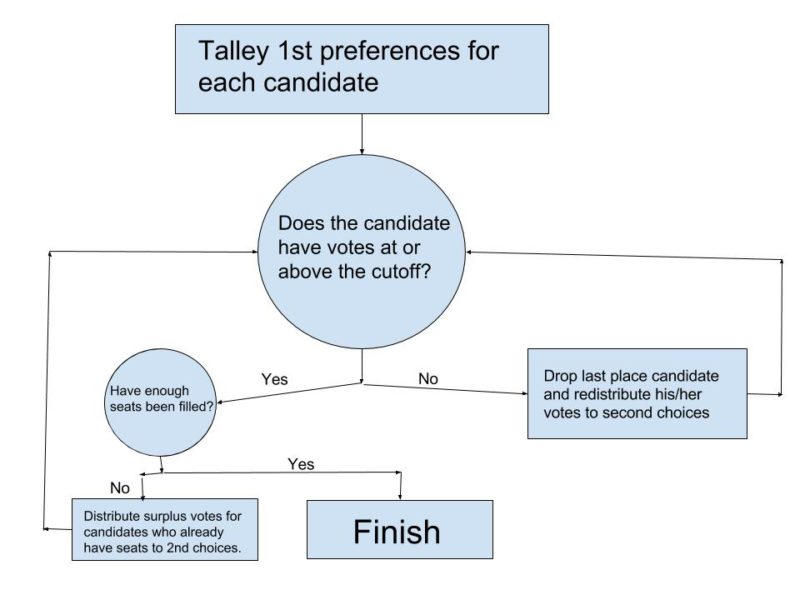 STV also helps reward competent and well-liked candidates with cross-factional appeal in divided primaries over fanatics with highly motivated bases. Marco Rubio and Scott Walker might have been the second choice of the fans of Chris Christie or John Kasich, but because FPP means that you can only support one candidate, these generally preferable options failed to distinguish themselves against extremists like Ted Cruz and Donald Trump who staked out niches of zealots for themselves.

At its core, STV is about making sure voters can vote for whom they actually want to vote for without worrying about throwing their vote away. I won’t get into the nitty gritty here about exactly how or why it works, but internet educator and documentarian CGP Grey has an excellently detailed and user-friendly explanation here. It also helps prevent one particular group from having too much control over elected positions. Just like Regional Rotation, Single Transferable Vote helps get closer to the principle of ‘one person one vote’ that is a bedrock of our democratic theory by dispersing power to bring it closer to the people.