Inside the Class of 2017 junior ring ceremony 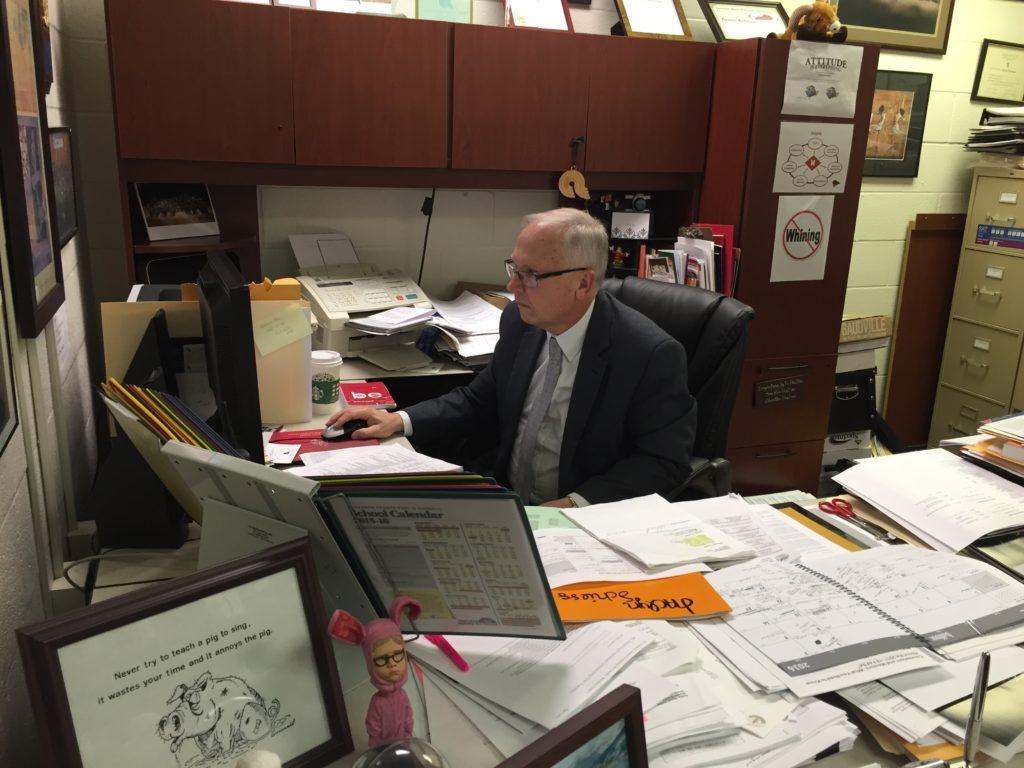 Manual’s Class of 2017 junior ring ceremony will take place this Friday, April 29 at 10 a.m. in the school auditorium.

According to counselor Mr. Dennis Robinson, who plans the event annually, four general categories of honors are presented to students at the ceremony every year—book awards, special scholarship awards, department awards and academic awards.

Book awards are prizes bestowed upon students by assorted colleges. They are typically accompanied by the presentation of a book that has particular significance to the university.

Robinson coordinates with college representatives to determine which schools sponsor a book award for Manual, but the counselors ultimately decide which students receive which book awards.

“We start out with about 30 book awards, which come from college and universities that we’ve been able to solicit awards from,” Robinson said. “We try to target straight-A valedictorians, and we do a class rank report to see who those people are. We also try to put the college book awards in some kind of priority order, so the students with the highest GPAs receive awards from what we would consider to be the highest-ranked colleges and universities.”

Though the designation of book awards is generally based on students’ GPAs, the counselors occasionally shift the award assignments to make accommodations for different schools’ academic specialties.

“Sometimes we have to move things around a bit,” he said. “Awards from all-female colleges go to female students, for example. Sometimes the award is designated for a student with proficiency in creative writing or a technical field.”

According to Robinson, post-secondary institutions typically elect to sponsor book awards in order to encourage high-achieving students to apply during their senior years.

“In presenting the award to the student, the college is hoping to establish a relationship with that student so that they will more highly consider the school as a choice for them,” he said.

After all the book awards are presented, select universities and organizations will have the opportunity to grant special scholarships, such as Rensselaer Polytechnic Institute’s annual $100,000 scholarship award.

Individual academic departments within Manual will have the chance to present honors to students of their choosing, and administrators will recognize students earning all As and Bs through the junior year as well.

The ring ceremony typically concludes with a short speech by the junior class officers about the origin and meaning of the class ring, followed by Principal Mr. Jerry Mayes’s formal induction of the new senior class.

Sarah Schwartz (12, MST), who earned the Class of 2016 Yale Book Award, Daughters of the American Revolution Award, MST Distinguished Scholar Award and Rensselaer Polytechnic Institute scholarship last year, said that she was particularly honored to receive recognition because she didn’t know which awards she had won ahead of time.

“The junior ring ceremony was very nice because it brought the entire class together to celebrate how far we’ve come since freshman year,” she said. “Winning several awards at the ceremony was especially exciting since I didn’t know that I would be honored or even that there were awards.”