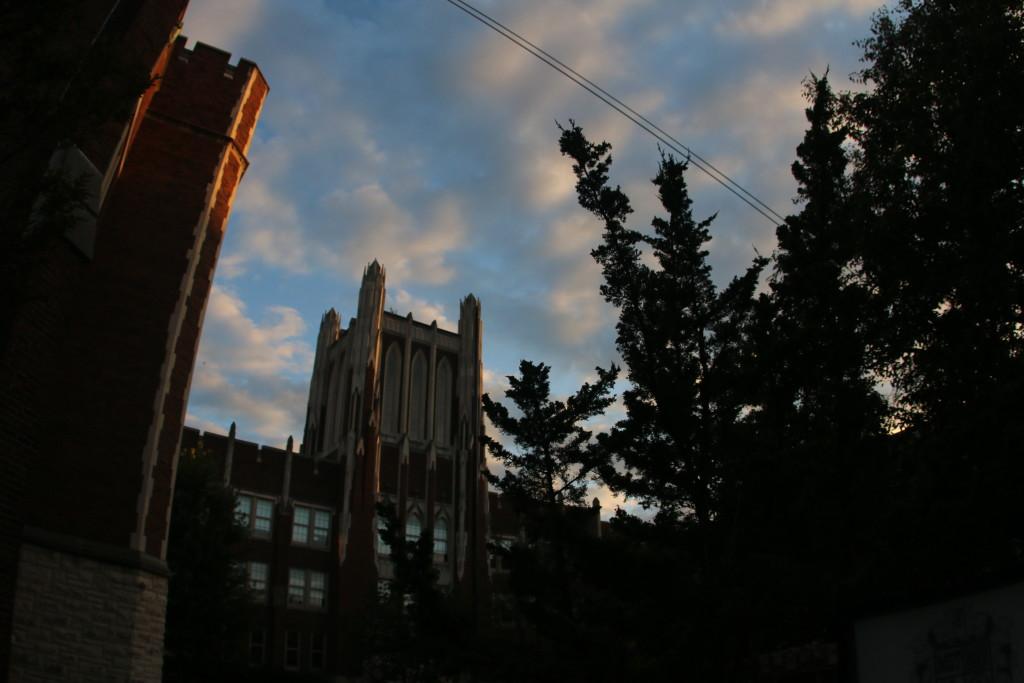 As the end of the school year approaches, many seniors are committing to universities and preparing their financial plans for the upcoming four years. Students often look to external scholarships to provide assistance in financing their college educations, and several Manual students have earned such awards, allowing them to move onto college with minimal projected debt.

Sarah Schwartz (12, MST) earned the Vogt Scholarship, a $10,000 award bestowed upon one student at each JCPS high school annually. Schwartz also received the Nordstrom Scholarship last September, an award of $2,500 per academic year. The application was due during May of her junior year.

“I think that it was a really great experience since it enabled me to have somewhat of a miniature college application to practice on,” Schwartz said.

The Nordstrom Scholarship selection process included an essay followed by an interview for selected finalists.

“This application showed me my strengths and weaknesses on paper and then in a video conference, which is an opportunity that I may not have had otherwise,” Schwartz said.

Next year, Schwartz will be attending Northwestern University.

Robert Watson (12, MST) won the Stamps Family Charitable Foundation Scholarship, a merit-based award that covers full tuition with an additional $12,000 for traveling expenses. Watson, who will be using the money at University of California, Los Angeles (UCLA), was contacted directly by the scholarship foundation instead of submitting a traditional application.

“One day a couple of months ago, I was just sitting at home and thought it might be good to check my email, and I saw an email that looked somewhat interesting in that I was being requested to be interviewed as a Stamps finalist,” Watson said. “I had my interview with [the] Vice President of the Stamps Foundation, Annie Stamps, and it was fantastic. She really seemed to enjoy me and basically told me at the end of the interview that ‘no need to do the secondary application, you should feel very confident you are going to receive this scholarship.'”

Though Watson did win other monetary awards from schools including American University and Chapman University, he ultimately decided to accept the Stamps Scholarship as one of only five students to do so at UCLA.

Megan Raisle (12, HSU) also won a full-ride merit award specific to a particular college—the Morehead-Cain Scholarship to the University of North Carolina at Chapel Hill. Scholars receive full tuition plus a stipend, and are selected based on “scholarship, leadership, moral force of character and physical vigor.”

“It started all the way back in late August and September when the application to be nominated for Manual came out,” Raisle said. “At that point, we had to write a letter to the selection committee at Manual explaining how we fit into the ‘Morehead values’.”

The Morehead-Cain scholarship also includes additional payments, called discovery funds, for students to engage in enrichment activities during the summer.

“Each summer has a theme. For example, this summer is outdoor leadership and next summer is public service, and the foundation provides funding for students to pursue their interests every summer,” Raisle said. “In addition to that, discovery fund is a way for scholars to explore their interests outside of the classroom. Scholars can apply for discovery fund grants to attend conferences [and] field sites.”

One particularly unique selection criterion of the Morehead-Cain scholarship is ‘physical vigor.’

“It really just means that they want people to be committed to fitness and physical activity,” Raisle said. “What ends up happening though is a lot of D1 athletes become scholars. There are some Moreheads on the football team and rowing team that I know of.”