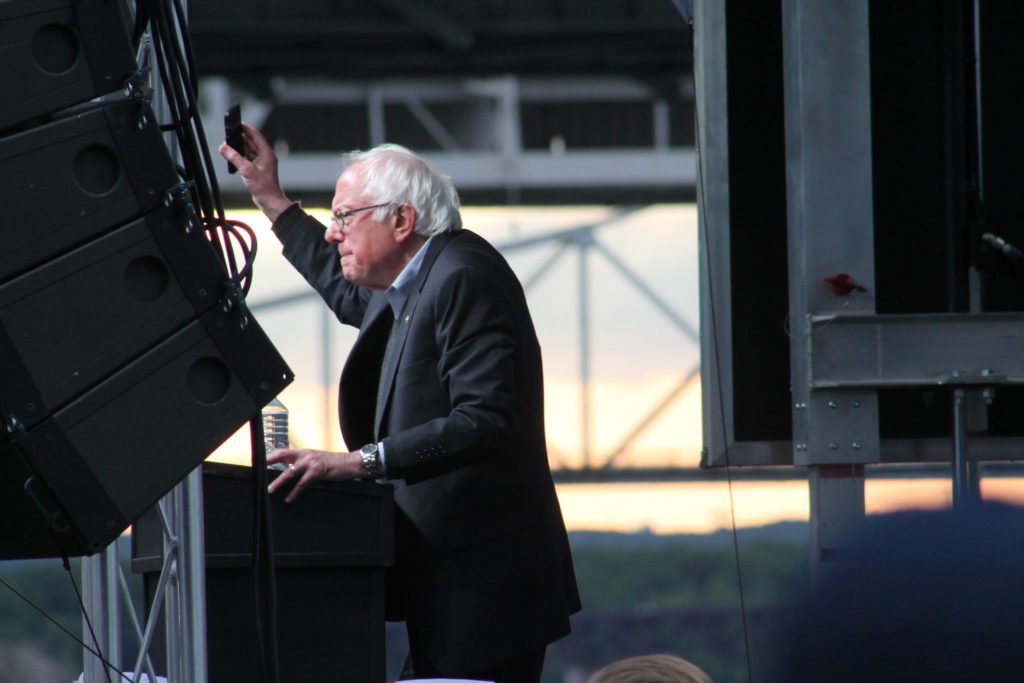 Democratic presidential candidate Bernie Sanders spoke at a rally at Louisville’s Waterfront Park on Thursday, May 3. Sanders addressed a crowd of approximately 7,000, which included a number of Manual students.

Carter Squires (11, HSU) attended the event as part of his volunteer work with the Louisville branch of the Sanders campaign.

“I was on the Jack Conway campaign last year and one of our managers reached out to some of the interns to come back, so I took the opportunity,” he said.

Henry Gritton (12, YPAS) said that he wanted to stop by the rally in order to make a more informed decision as a first-time voter.

“I really like Bernie Sanders,” he said. “I like what he stands for and I wanted to hear him speak.”

Gritton predicted that the rally would make attendees more enthusiastic about casting their ballots in the May 17 Kentucky Democratic primary.

Another first-time voter, Coleman Powell (12, MST), also chose to attend the event in order to “see if there was any substance to [Sanders’s] argument.”

“His ideas are really revolutionary, but I want to hear his exact plans, rather than ideologies,” Powell said. “I want to know what a political revolution looks like.”

“I’m just hoping he says some stuff that’s different from what we keep on hearing from other candidates,” D’Amato said.