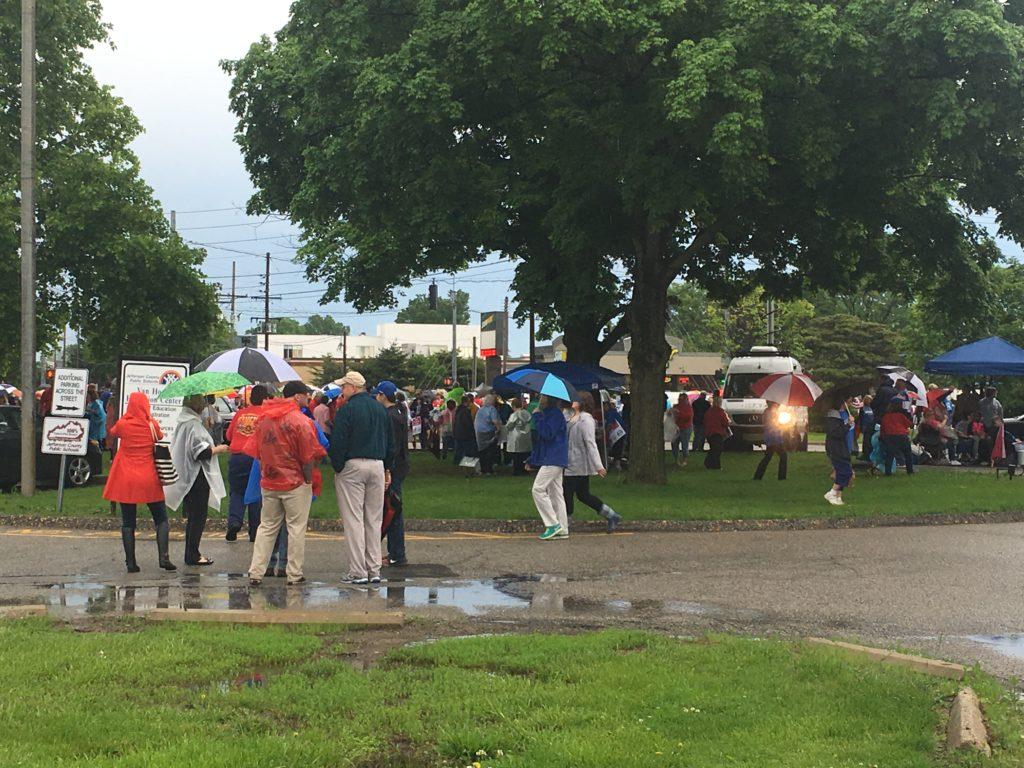 “I came to protest two proposals that the superintendent proposed two weeks ago from today: changing the wording of the student code of conduct making it more lax, and the proposal of freezing teacher pay,” protest organizer James Hughley said. “They aren’t accounting for the increase of living [costs], unless you are making less than 14 dollars per hour, which is ridiculous and we don’t support.”

Hughley, who is the Deputy Executive Director of the Jefferson County Teachers Association (JCTA), said that he supported increasing the amount of input that district teachers have in designing the code of conduct.

“It’s important for JCPS to include teachers at the table when it’s time to think through a student code of conduct and to value their input,” he said. “We want to bring more stakeholders to the table—students and more teachers.”

Manual teacher Ms. Cyndi Young (Visual Arts) said that the code of conduct issue was of less personal importance, since she experiences relatively few disciplinary problems relative to other schools.

“Luckily, at Manual, we get to do what we were trained to do,” she said.

Some students were also among the crowd protesting outside VanHoose during today’s rainy afternoon.

“I came today because our teachers work so hard, and they are the reason we grow up to be successful,” Michael Lindsey, a freshman at Eastern High School, said.