This Week in Manual Athletics: May 15 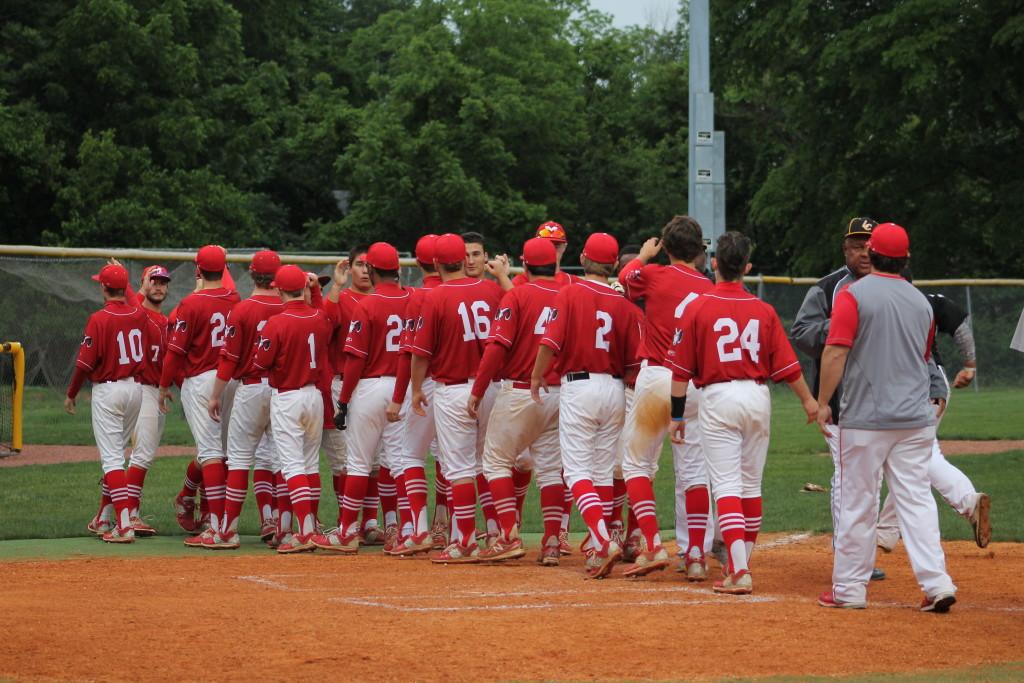 Manual's boys celebrate amongst each other after being crowned District Champs.

The Crimsons had an up and down week, going 2-2 overall. The “Crimson Nine” started the week out strong with two straight victories, a 12-4 drubbing of KCD followed by a 7-5 senior night victory over Shelby County. On Saturday however, they dropped both games in the Alumni Classic, one to South Oldham 9-3 and one to Bowling Green 10-2. Manual has two games left in the regular season as they look to build momentum going into the postseason. Their focus now shifts toward a home matchup against Valley on Monday. First pitch set for 5:00 p.m at Derby City.

Manual had their season ended abruptly by Ballard losing 7-5 in a hard fought district tournament match-up. The team finished with a 10-9 record on the year, making huge strides forward on the season. Look for this team starting to get in the mix as one of the more formidable teams in the state. Expect big things next year from this team.

The team went into the state tournament looking to turn some heads and enjoy the experience. The Crimsons were able to take one match against Greenwood 3-1 before falling in the next round against Highlands 3-0. Although the loss ended the team season, a trip to quarterfinals of the state tournament is a big accomplishment. Look for next year’s group to use this valuable post season experience to make even greater strides on the court in 2016-17.