This Week In Manual Athletics: August 22 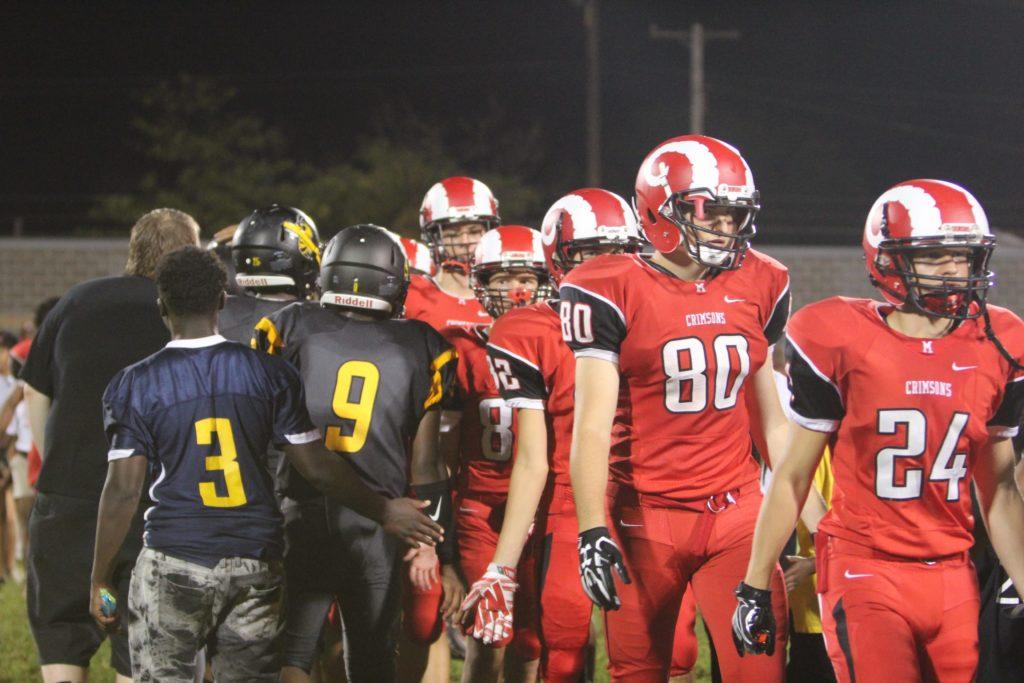 After the game, players from both teams shook hands. Photo by, Cicada Hoyt.

The Crimsons opened their 2016 campaign with a hard-fought 21-20 win over the Central Yellowjackets. Up next they take on Fern Creek at Manual Stadium this Friday at 7:30. The Crimsons bested the Tigers in last season’s battle by a score of 28-18. The Junior Varsity team will play at Fern Creek on August 25 at 5:30.

The Crimson Field Hockey team looks to take the final step to winning a state championship this season after coming up just short last season. Manual fell to Sacred Heart by a score of 3-1 in last year’s KHSAA state championship game. The Crimsons are hoping for a big year from Sophomore India Reed, who committed to play field hockey for the University of Louisville this past summer. The Crimsons open up the season with the annual Apple Tournament at Sacred Heart. The tournament starts on August 19 and ends on August 26.

The Crimson Country Team has three meets this week. The first is the Fern Creek Relays at Charlie Vettiner Park on August 23. The second meet is in Cincinnati on August 26 at Moeller High School for the annual Moeller Primetime meet. The final outing of the week is the Tiger Run at Champions Park on August 27.

The Girl’s Soccer teams have three outings this week. The first is at Bullitt East on August 22 with JV playing at 5:30 and Varsity at 7:00. The second outing is at Ballard on August 24 (JV and Varsity times are the the same as the Bullitt East times). The third and final outing of the week is at West Jessamine on August 25, JV will play at 6:00 and Varsity will follow at 7:30.