Teachers and tech: innovation inspires device use in class 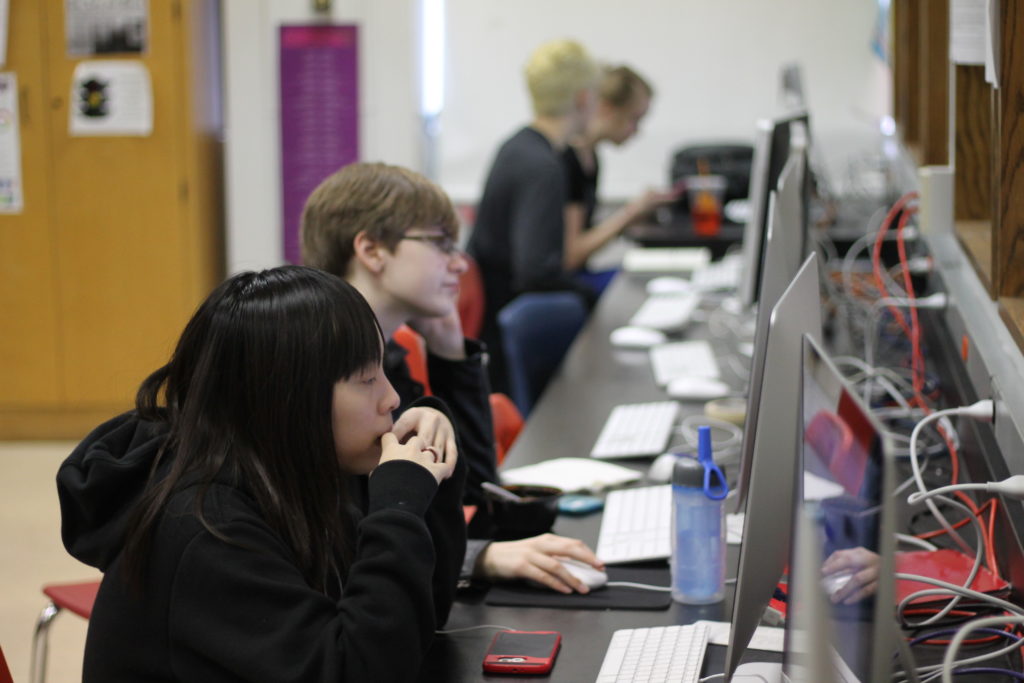 As new technological devices and applications surface, more and more teachers throughout Manual have integrated them into their classes.

Some teachers this year began utilizing smart phones and allowing students to use them during class to complete classwork and to look at online textbooks.

Applications like Showbie and Edmodo are being used to complete work both in class and out, a number of teachers have also set up Quizlet accounts that make online flashcards that can be used to memorize, learn, and understand key terms.

Ms. Denee Walsh (French) is one teacher who began integrating more technology into her class.

“I like keeping up with the students,” Walsh said.

Ms. Walsh admits that she thinks that students rely on their smartphones more than she does and that makes it easier to reach students through technology than by doing things with pen and paper.

A lot of teachers disagree with integrating cell phones and other devices in classrooms and ask that students keep phones off and concealed in backpacks.

Some teachers who do not use cell phones inside class  use technology functions outside of class.

Most students agree that adding technology to enhance class curriculum is a good idea.

“Some of my teachers use other websites to send us announcements we might have missed in class,” Laurie Jonhatan (11,  J+C) said. “They also use remind, that sends texts to everyone about reminders,” she added.

By using smartphones to get to homework assignments and reading materials, the resources are more reachable to teenagers.

“It’s easier to keep track of things, from year to year and from day to day,” White said.

Having so many students with varying technology skill levels and knowledge, difficulties may arise.

Along with the varying amount of technology knowledge, a lot of the best educational applications for smart phones cost money.

“Some of the better things cost money,” White said. “I get them free, but anybody else would have to pay for them. We don’t have money set aside for that kind of thing.”

Other problems including such as connectivity arise with students and teachers relying on technology to communicate.

“You don’t always have connection to the internet on your device, and sometimes technology doesn’t work and there’s no way around it,” Weiss said.