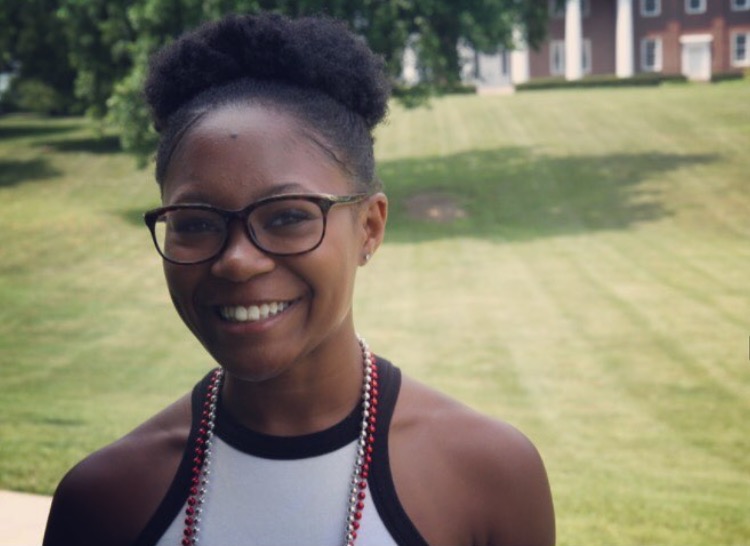 Alex Kinard (11, YPAS) won second place at the national level for her choreography submission to the PTA Reflections competition.

Other submission categories for PTA Reflections include literature, musical composition, photography, visual arts, dance and film production. “Let your imagination fly” was the prompt and theme for the competition.

PTA Reflections aims to help parents and teachers support their children and students in self-development and self-discovery through a creative outlet.

“The name of the dance is called ‘The Calm Before the Storm,’” Kinard explained. “These three girls help each other through their own personal storms, whether it be rain, or something else someone is going through. They’re all doing their own thing and then they finally come back together.”

At YPAS, dance majors are encouraged to enter competitions and participate in other outside events to showcase their work. “I didn’t think that the PTA Reflections was as big of a deal as it actually was, so that’s kind of why I picked it,” Kinard said.

She went through many drafts of the choreographed dance before settling on her final idea.

“My original idea was to have a painting coming to life,” Kinard said. “That idea was imaginative to go with the prompt, but I didn’t think that it would be enough to get me through. I knew I needed to change it. I was in the car one day when it was storming, and I hate storms, and I saw these three ladies getting off the TARC bus. They started to protect each other from the rain, but I realized that you really can’t. No matter what you do, the rain is coming from above you. So you can’t really hide from the rain, and that kinda gave me a new idea of these three girls helping each other through their own personal storms.”

Kinard received a letter after submitting her choreography, but did not think it was a big deal until she won second in choreography.

“I wish they would make the prompt less vague,” Kinard said. “But at the same time, I don’t want them to do that because it can limit creativity.”

Kinard began dancing when she was three, starting with hip-hop and modern, and then easing into ballet when she entered the sixth grade.

YPAS offers special opportunities for students who are interested in new things. “They have all these little opportunities that you can take through YPAS, and I was like ‘oh, I should maybe start choreography because I like being in charge and making my own stuff,’” Kinard said.