This Week In Manual Athletics: September 12 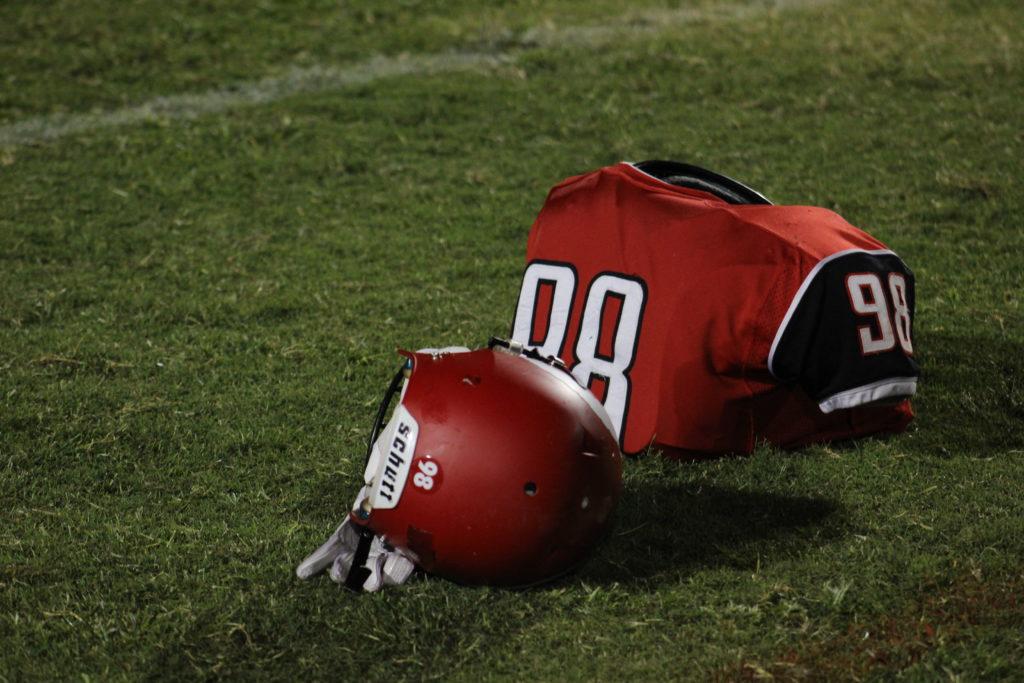 After the game players left their equipment on the field while celebrating. Photo by Emma Bornschein.

The Crimsons come off of their bye week from last week well rested and ready to take on the Ballard Bruins on Sept.16 at Ballard at 7:00. This game is expected to be a good one as the Crimsons come in with a record of 3-0 and the Bruins boast a 3-1 record, with the lone loss coming to the Male Bulldogs. Look for this game to be kept on the ground as both teams are led by strong rushing attacks.

The Boy’s Golf team will have three matches this week as the season starts to come to a close. On September 14 they will play against Desales at Iroquois GC at 3:30. They will not have any time off as they turn around and play Collegiate the very next day at Shawnee GC at 3:30. Lastly, over the weekend the team will compete in the Grant County Tournament at Eagle Creek GC.

The Crimsons had a strong showing at the Rumble Thru the Jungle over the weekend. Yared Nuguse (12) and Alena Sapienza-Wright (11) both won first place in the the men’s and women’s races, respectively. This week the teams will compete at the Trinity/Valkyrie Invitational on Sept. 17.

Last week the varsity team pulled off a huge victory over the Male Bulldogs behind two goals from Henry Jelsma (12, 12). All three levels of the Boy’s Soccer teams will have perhaps the toughest week of their seasons this week. On Sept. 15 all three squads will play St. Xavier (Frosh at 4:30, JV at 5:45, Varsity at 7:15). On Sept. 17 they will take on the Trinity Shamrocks (Frosh at 9:00 AM, JV at 10:30 AM, and Varsity at noon).

This week the Girl’s Soccer team will compete in the Lexington Catholic Tournament, which ranges from Sept. 12 to the 17. Besides the Lex. Cath. tournament, the Varsity team will play Presentation on Sept. 14 at Manual Stadium at 5:30. The JV team is off this week.